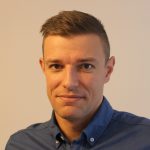 Development, validation, and application of a new method for the quantitative determination of monohydrogen-substituted perfluoroalkyl carboxylic acids (H-PFCAs) in surface water

Sha, B; Johansson, JH; Benskin, JP; Cousins, IT; Salter, ME
2021 | Environ. Sci. Technol. | 55 (14) (9489-9497)
adsorption , anionic surfactants , atmosphere , fate , fractionation , inventories , polyfluoroalkyl substances pfass , sulfonate , to-air transfer , transport
Perfluoroalkyl acids (PFAAs) are persistent organic substances that have been widely detected in the global oceans. Previous laboratory experiments have demonstrated effective enrichment of PFAAs in nascent sea spray aerosols (SSA), suggesting that SSA are an important source of PFAAs to the atmosphere. In the present study, the effects of the water concentration of PFAAs on their size-resolved enrichment in SSA were examined using a sea spray simulation chamber. Aerosolization of the target compounds in almost all sizes of SSA revealed a strong linear relationship with their water concentrations (p < 0.05, r(2) > 0.9). The enrichment factors (EF) of the target compounds showed no correlation with their concentrations in the chamber water, despite the concentrations varying by a factor of 500 (similar to 0.3 to similar to 150 ng L-1). The particle surface-area-to-volume ratio appeared to be a key predictor of the enrichment of perfluoroalkyl carboxylic acids (PFCAs) with >= 7 perfluorinated carbons and perfluoroalkanesulfonic acids (PFSAs) with >= 6 perfluorinated carbons in supermicron particles (p < 0.05, r(2) > 0.8), but not in submicron particles. The different enrichment behaviors of PFAAs in submicron and supermicron particles might be a result of the different production mechanisms of film droplets and jet droplets. The results suggest that the variability in seawater concentrations of PFAAs has little influence on EFs and that modeling studies designed to quantify the source of PFAAs via SSA emissions do not need to consider this factor.
Scientific paper

Can determination of extractable organofluorine (EOF) be standardized? First interlaboratory comparisons of EOF and fluorine mass balance in sludge and water matrices

Hallberg, I; Plassmann, M; Olovsson, M; Holte, J; Damdimopoulou, P; Sjunnesson, YCB; Benskin, JP; Persson, S
2021 | Environ. Sci.-Process Impacts | 23 (10) (1578-1588)
bisphenol-a concentrations , contaminants , embryo score , exposure , infertility , mass spectrometry , perfluorinated chemicals , perfluoroalkyl , polychlorinated biphenyls , women
In this work, ultra-high performance liquid chromatography-high resolution (Orbitrap) mass spectrometry-based suspect and non-target screening was applied to follicular fluid (n = 161) and serum (n = 116) from women undergoing in vitro fertilization in order to identify substances that may be associated with decreased fertility. Detected features were prioritized for identification based on (i) hazard/exposure scores in a database of chemicals on the Swedish market and an in-house database on per- and polyfluoroalkyl substances (PFAS); (ii) enrichment in follicular fluid relative to serum; and (iii) association with treatment outcomes. Non-target screening detected 20 644 features in follicular fluid and 13 740 in serum. Two hundred and sixty-two features accumulated in follicular fluid (follicular fluid: serum ratio >20) and another 252 features were associated with embryo quality. Standards were used to confirm the identities of 21 compounds, including 11 PFAS. 6-Hydroxyindole was associated with lower embryo quality and 4-aminophenol was associated with higher embryo quality. Overall, we show the complexity of follicular fluid and the applicability of suspect and non-target screening for discovering both anthropogenic and endogenous substances, which may play a role in fertility in women.
Scientific paper

Betterle, A; Jaeger, A; Posselt, M; Coll, C; Benskin, JP; Schirmer, M
2021 | Environ. Earth Sci. | 80 (6)
biodegradation , hyporheic exchange , hyporheic zone , modelling , pollutants , surface water porewater interaction
Hyporheic exchange (HE) contributes to the biogeochemical turnover of macro- and micro-pollutants in rivers. However, the spatiotemporal complexity and variability of HE hinder understanding of its role in the overall functioning of riverine ecosystems. The present study focuses on investigating the role of bacterial diversity and sediment morphology on HE using a multi-flume experiment. A fully coupled surface-subsurface numerical model was used to highlight complex exchange patterns between surface water and the underlying flow field in the sediments. Under the experimental conditions, the surface water flow induced by bedforms has a prominent effect on both local trajectories and residence time distributions of hyporheic flow paths, whereas mean hyporheic retention times are mainly modulated by average surface flowrates. In case of complex bedform morphologies, the numerical model successfully reproduces the HE estimated by means of salt dilution tests. However, the 2D numerical representation of the system falls short in predicting HE in absence of bedforms, highlighting the intrinsic complexity of water circulation patterns in real scenarios. Finally, results show that higher bacterial diversities in the stream sediments can significantly reduce hyporheic fluxes. This work provides a framework to interpret micropollutants turnover in light of the underlying physical transport processes in the hyporheic zone. The study emphasizes the importance of better understanding the tradeoff between physically driven transport processes and bacterial dynamics in the hyporheic zone to quantify the fate of pollutants in streams and rivers.
Scientific paper