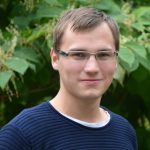 Several Baltic species suffer from health problems which cannot be explained solely by the increase of known anthropogenic substances. Other ecological changes such as eutrophication can lead to an increased exposure of naturally-produced substances such as halogenated phenols. Halogenated phenols are naturally produced by algae and have been detected in high concentrations in the Baltic Sea wildlife. Halogenated phenols have also in exposure studies shown to be potent toxins by affecting the energy production of the cell negatively through disruption of the oxidative phosphorylation. Despite the high concentrations detected in wildlife of these potent toxins little is known about the actual in-vivo effects in the Baltic wildlife.

Exposure and effects of chemical contaminants on living organisms.