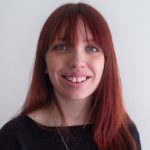 Kumar, V; Giannoukos, S; Haslett, SL; Tong, YD; Singh, A; Bertrand, A; Lee, CP; Wang, DS; Bhattu, D; Stefenelli, G; Dave, JS; Puthussery, JV; Qi, L; Vats, P; Rai, P; Casotto, R; Satish, R; Mishra, S; Pospisilova, V; Mohr, C; Bell, DM; Ganguly, D; Verma, V; Rastogi, N; Baltensperger, U; Tripathi, SN; Prevot, ASH; Slowik, JG
2022 | Atmos. Chem. Phys. | 22 (11) (7739-7761)
air pollution , aromatic-hydrocarbons , eesi-tof-ms , high-resolution , multilinear engine , particle composition , positive matrix factorization , road emission characteristics , urban , volatility
In recent years, the Indian capital city of Delhi has been impacted by very high levels of air pollution, especially during winter. Comprehensive knowledge of the composition and sources of the organic aerosol (OA), which constitutes a substantial fraction of total particulate mass (PM) in Delhi, is central to formulating effective public health policies. Previous source apportionment studies in Delhi identified key sources of primary OA (POA) and showed that secondary OA (SOA) played a major role but were unable to resolve specific SOA sources. We address the latter through the first field deployment of an extractive electrospray ionization timeof-flight mass spectrometer (EESI-TOF) in Delhi, together with a high-resolution aerosol mass spectrometer (AMS). Measurements were conducted during the winter of 2018/19, and positive matrix factorization (PMF) was used separately on AMS and EESI-TOF datasets to apportion the sources of OA. AMS PMF analysis yielded three primary and two secondary factors which were attributed to hydrocarbon-like OA (HOA), biomass burning OA (BBOA-1 and BBOA-2), more oxidized oxygenated OA (M0-00A), and less oxidized oxygenated OA (LO-OOA). On average, 40 % of the total OA mass was apportioned to the secondary factors. The SOA contribution to total OA mass varied greatly between the daytime (76.8 %, 10:00-16:00 local time (LT)) and nighttime (31.0 %, 21:00-04:00 LT). The higher chemical resolution of EESI-TOF data allowed identification of individual SOA sources. The EESI-TOF PMF analysis in total yielded six factors, two of which were primary factors (primary biomass burning and cooking-related OA). The remaining four factors were predominantly of secondary origin: aromatic SOA, biogenic SOA, aged biomass burning SOA, and mixed urban SOA. Due to the uncertainties in the EESI-TOF ion sensitivities, mass concentrations of EESI-TOF SOA-dominated factors were related to the total AMS SOA (i.e. MO-00A + LO-00A) by multiple linear regression (MLR). Aromatic SOA was the major SOA component during the daytime, with a 55.2 % contribution to total SOA mass (42.4 % contribution to total OA). Its contribution to total SOA, however, decreased to 25.4 % (7.9 % of total OA) during the nighttime. This factor was attributed to the oxidation of light aromatic compounds emitted mostly from traffic. Biogenic SOA accounted for 18.4 % of total SOA mass (14.2 % of total OA) during the daytime and 36.1 % of total SOA mass (11.2 % of total OA) during the nighttime. Aged biomass burning and mixed urban SOA accounted for 15.2 % and 11.0 % of total SOA mass (11.7 % and 8.5 % of total OA mass), respectively, during the daytime and 15.4 % and 22.9 % of total SOA mass (4.8 % and 7.1 % of total OA mass), respectively, during the nighttime. A simple dilution-partitioning model was applied on all EESI-TOF factors to estimate the fraction of observed daytime concentrations resulting from local photochemical production (SOA) or emissions (POA). Aromatic SOA, aged biomass burning, and mixed urban SOA were all found to be dominated by local photochemical production, likely from the oxidation of locally emitted volatile organic compounds (VOCs). In contrast, biogenic SOA was related to the oxidation of diffuse regional emissions of isoprene and monoterpenes. The findings of this study show that in Delhi, the nighttime high concentrations are caused by POA emissions led by traffic and biomass burning and the daytime OA is dominated by SOA, with aromatic SOA accounting for the largest fraction. Because aromatic SOA is possibly more toxic than biogenic SOA and primary OA, its dominance during the daytime suggests an increased OA toxicity and health-related consequences for the general public.
Scientific paper

Night-time reactions of biogenic volatile organic compounds (BVOCs) and nitrate radicals (NO3) can lead to the formation of NO3-initiated biogenic secondary organic aerosol (BSOANO(3)). Here, we study the impacts of light exposure on the chemical composition and volatility of BSOANO(3) formed in the dark from three precursors (isoprene, alpha-pinene, and beta-caryophyllene) in atmospheric simulation chamber experiments. Our study represents BSOANO(3) formation conditions where reactions between peroxy radicals (RO2 + RO2) and between RO2 and NO3 are favoured. The emphasis here is on the identification of particle-phase organonitrates (ONs) formed in the dark and their changes during photolytic ageing on timescales of similar to 1 h. The chemical composition of particle-phase compounds was measured with a chemical ionization mass spectrometer with a filter inlet for gases and aerosols (FIGAERO-CIMS) and an extractive electrospray ionization time-of-flight mass spectrometer (EESI-TOF). Volatility information on BSOANO(3) was derived from FIGAERO-CIMS desorption profiles (thermograms) and a volatility tandem differential mobility analyser (VTDMA). During photolytic ageing, there was a relatively small change in mass due to evaporation (< 5 % for the isoprene and alpha-pinene BSOANO3, and 12 % for the beta-caryophyllene BSOANO(3)), but we observed significant changes in the chemical composition of the BSOANO(3). Overall, 48 %, 44 %, and 60 % of the respective total signal for the isoprene, alpha-pinene, and beta-caryophyllene BSOANO(3) was sensitive to photolytic ageing and exhibited decay. The photolabile compounds include both monomers and oligomers. Oligomers can decompose into their monomer units through photolysis of the bonds (e.g. likely O-O) between them. Fragmentation of both oligomers and monomers also happened at other positions, causing the formation of compounds with shorter carbon skeletons. The cleavage of the nitrate functional group from the carbon chain was likely not a main degradation pathway in our experiments. In addition, photolytic degradation of compounds changes their volatility and can lead to evaporation. We use different methods to assess bulk volatilities and discuss their changes during both dark ageing and photolysis in the context of the chemical changes that we observed. We also reveal large uncertainties in saturation vapour pressure estimated from parameterizations for the ON oligomers with multiple nitrate groups. Overall, our results suggest that photolysis causes photodegradation of a substantial fraction of BSOANO(3), changes both the chemical composition and the bulk volatility of the particles, and might be a potentially important loss pathway of BSOANO(3) during the night-to-day transition.

Water in the atmosphere can exist in the solid, liquid or gas phase. At high humidities, if the aerosol population remains constant, more water vapour will condense onto the particles and cause them to swell, sometimes up to several times their original size. This significant change in size and chemical composition is termed hygroscopic growth and alters a particle's optical properties. Even in unsaturated conditions, this can change the aerosol direct effect, for example by increasing the extinction of incoming sunlight. This can have an impact on a region's energy balance and affect visibility. Here, aerosol and relative humidity measurements collected from aircraft and radiosondes during the Dynamics–Aerosol–Chemistry–Cloud Interactions in West Africa (DACCIWA) campaign were used to estimate the effect of highly humid layers of air on aerosol optical properties during the monsoon season in southern West Africa. The effects of hygroscopic growth in this region are of particular interest due to the regular occurrence of high humidity and the high levels of pollution in the region. The Zdanovskii, Stokes and Robinson (ZSR) mixing rule is used to estimate the hygroscopic growth of particles under different conditions based on chemical composition. These results are used to estimate the aerosol optical depth (AOD) at λ=525 nm for 63 relative humidity profiles. The median AOD in the region from these calculations was 0.36, the same as that measured by sun photometers at the ground site. The spread in the calculated AODs was less than the spread from the sun photometer measurements. In both cases, values above 0.5 were seen predominantly in the mornings and corresponded with high humidities. Observations of modest variations in aerosol load and composition are unable to explain the high and variable AODs observed using sun photometers, which can only be recreated by accounting for the very elevated and variable relative humidities (RHs) in the boundary layer. Most importantly, the highest AODs present in the mornings are not possible without the presence of high RH in excess of 95 %. Humid layers are found to have the most significant impact on AOD when they reach RH greater than 98 %, which can result in a wet AOD more than 1.8 times the dry AOD. Unsaturated humid layers were found to reach these high levels of RH in 37 % of observed cases. It can therefore be concluded that the high AODs present across the region are driven by the high humidities and are then moderated by changes in aerosol abundance. Aerosol concentrations in southern West Africa are projected to increase substantially in the coming years; results presented here show that the presence of highly humid layers in the region is likely to enhance the consequent effect on AOD significantly.