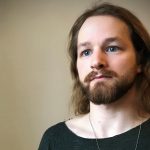 Photochemical demethylation of dimethylmercury (DMHg) could potentially be an important source of monomethylmercury (MMHg) in sunlit water. Whether or not DMHg is photochemically degraded when dissolved in water is, however, debated. While an early study suggested DMHg dissolved in natural waters to readily degrade, later work claimed DMHg to be stable in seawater under natural sunlight and that early observations may be due to experimental artifacts. Here, we present experimental data showing that DMHg is readily degraded by photochemical processes in different natural waters (including water from a DOC-rich stream, the Baltic Sea, and the Arctic Ocean) as well as in artificial seawater and purified water. For most of the waters, the degradation rate constant (kd) for DMHg measured in indoor experiments exceeded, or was close to, the kd observed for MMHg. Outdoor incubations of DMHg in purified water and Arctic Ocean surface water further confirmed that DMHg is photochemically degraded under natural sunlight. Our study shows that DMHg is photochemically degraded in a range of natural waters and that this process may be a source of MMHg in sunlit waters where the supply or formation of DMHg is sufficient.

West, J; Graham, AM; Van, LN; Jonsson, S
2020 | Environ. Sci. Technol. | 54 (21) (13731-13738)
Potential degradation pathways of dimethylmercury (DMHg) remain as one of the critical knowledge gaps in the marine biogeochemical cycle of mercury (Hg). Although Hg is known to be highly reactive with reduced sulfur, demethylation of DMHg in the presence of sulfide has until now remained experimentally untested. Here, we provide the first experimental support for demethylation of DMHg to monomethylmercury (MMHg) in the presence of both dissolved sulfide and mackinawite (FeS(s)(m)). The degradation of DMHg was shown to be pH dependent, with higher demethylation rates at pH 9 than pH 5. At room temperature and environmentally relevant DMHg to sulfide molar ratios, we observed demethylation rates up to 0.05 d(-1). When comparing the number of active sites available, FeS(s)(m) was found to have a higher capacity to demethylate DMHg, in comparison with dissolved sulfide. Our study suggests that dissolved sulfide and FeS(s)(m) mediated demethylation of DMHg may act as a sink for DMHg, and a potential source of MMHg, in aquatic systems.