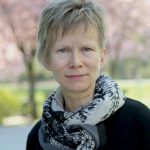 How Important is Bioturbation for Sediment‐to‐Water Flux of Polycyclic Aromatic Hydrocarbons in the Baltic Sea?

This investigation set out to analyze the toxicity of surface sediments in a number of natural harbors and small boat harbors on the west coast of Sweden. This was done with the growth inhibition method with Ceramium tenuicorne. Also, concentrations of copper (Cu), lead (Pb), zinc (Zn), irgarol, organotin compounds, and polycyclic aromatic hydrocarbons (PAHs) in the sediments were analyzed. The small boat harbors were heavily polluted by Cu, Zn, butyltins, and PAHs, and to a lesser extent by Pb. The Cu, Pb, Zn, and butyltins probably originated from their past and/or present use in antifouling paints, whereas the PAHs probably had multiple sources, including boat motor exhausts. The measured toxicity of the sediment was generally related to their Cu, Zn, and butyltin content, although other toxic substances than those analyzed here probably contributed to the toxicity in some of the harbors. The natural harbor sediments contained less pollutants and were less toxic than the small boat harbor sediments. Nevertheless, our data indicate that the boating pressure today may be high enough to produce toxic effects even in natural harbors in pristine areas. The strongest relationship between toxicity and the major pollutants was obtained when the sediment toxicity was expressed as gram wet weight per liter compared with gram dry weight per liter and gram total organic carbon per liter. Hence, for pollutants that can be elutriated with natural sea water, sediment toxicity expressed as gram wet weight per liter appears preferable.

Embryo development of the benthic amphipod Monoporeia affinis as a tool for monitoring and assessment of biological effects of contaminants in the field: A meta-analysis

Community Interactions Modify the Effects of Pharmaceutical Exposure: A Microcosm Study on Responses to Propranolol in Baltic Sea Coastal Organisms

This study investigated the uptake and effects of a common human pharmaceutical, propranolol, on the structure and function of a coastal Baltic Sea model community consisting of macroalga (Ceramium tenuicorne), mussels (Mytilus edulis trossulus), amphipods (Gammarus spp.), water and sediment. The most sensitive species, the mussel, was affected to the same extent as in previous single species studies, while the effects on the amphipod and alga were smaller or even positive compared to experiments performed in less complex test systems. The observed cascade of beneficial effects was a result of inter-specific species interactions that buffered for more severe effects. The poor condition of the mussel led to a feeding shift from alga to mussel by the amphipods. The better food quality, due to the dietary shift, counteracted the effects of the exposure. Less amphipod grazing, together with increased levels of nutrients in the water was favourable for the alga, despite the negative effects of propranolol. This microcosm study showed effects on organisms on different organizational levels as well as interactions among the different components resulting in indirect exposure effects of both functional and structural nature. The combination of both direct and indirect effects would not have been detected using simpler single- or even two-species study designs. The observed structural changes would in the natural environment have a long-term influence on ecosystem function, especially in a low-biodiversity ecosystem like the Baltic Sea.

The intense artificial sweetener sucralose has no bioconcentration properties, and no adverse acute toxic effects have been observed in standard ecotoxicity tests, suggesting negligible environmental risk. However, significant feeding and behavioural alterations have been reported in non-standard tests using aquatic crustaceans, indicating possible sublethal effects. We hypothesized that these effects are related to alterations in acetylcholinesterase (AChE) and oxidative status in the exposed animals and investigated changes in AChE and oxidative biomarkers (oxygen radical absorbing capacity, ORAC, and lipid peroxidation, TBARS) in the crustacean Daphnia magna exposed to sucralose (0.0001–5 mg L−1). The sucralose concentration was a significant positive predictor for ORAC, TBARS and AChE in the daphnids. Moreover, the AChE response was linked to both oxidative biomarkers, with positive and negative relationships for TBARS and ORAC, respectively. These joint responses support our hypothesis and suggest that exposure to sucralose may induce neurological and oxidative mechanisms with potentially important consequences for animal behaviour and physiology.

The non-calorie sweetener sucralose - sucrose containing three chlorine atoms - is intensively sweet and has become a popular substitute for sugar. Its widespread use, exceptional stability in combination with high water solubility have thus resulted in contamination of recipient waters. Earlier studies on sucralose in aquatic organisms indicate low bioaccumulation potential and negligible acute/chronic toxicity, but the close structural resemblance with sucrose in combination with the importance of sugar in nature, warrants a more detailed ecotoxicological assessment. The aim of this investigation was therefore to study behavioural and physiological effects of sucralose in. Our results show that both physiological and locomotion behavior were affected by exposure to sucralose. In Daphnia magna, the behavioural response was manifested as altered swimming height and increased swimming speed, whereas in gammarids the time to reach food and shelter was prolonged. Regardless if these behavioural responses were initiated via traditional toxic mechanisms or stimulatory effects, they should be considered as a warning, since exposed organisms may diverge from normal behaviour, which ultimately can have ecological consequences.

Spring development in the hydrolittoral zone was investigated at five wave-sheltered and five wave-exposed sites on four occasions from late March to late May (every third week). The number of species was higher at the sheltered locations and increased significantly over time. The difference in community structure was significant: over 95% of the Bray-Curtis dissimilarities were due to the biomass of only eleven taxa, and the total Bray-Curtis dissimilarity between exposed and sheltered sites was 75%. Macroalgae made up 70-80% of the total biomass and was dominated by filamentous species. In contrast to previous studies, macroalgal biomass was higher at the exposed sites, which may be due to the fact that this was a spring study, unlike previous studies, which were conducted during summer.

The influence of autotrophy, heterotrophy and temperature on pelagic food web efficiency in a brackish water system.