The Virtual PhD Defence: the way forward or a cautionary tale? 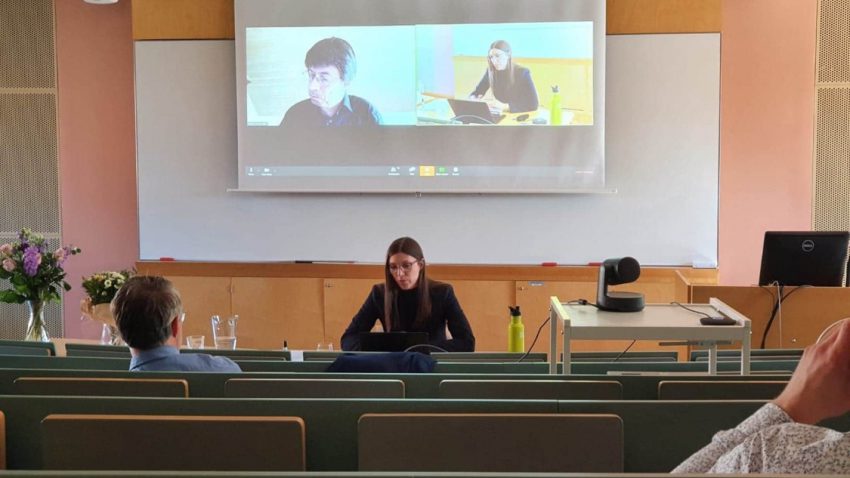 There have been numerous discussions over the past few months about the impact of the coronavirus crisis on education. Educational institutions around the world have adopted digital teaching approaches in an effort to reduce the spread of the coronavirus and safeguard the wellbeing of their students and staff. In response to the extraordinary circumstances, PhD candidates at Stockholm University have since mid-March defended their theses virtually. One of those students was Mafalda Castro at the Department of Environmental Science who successfully defended her thesis on May 15.

In an interview about her experience, Castro, although positive about the technical feasibility of this solution, found that the physical absence of the opponent as well as friends and family to be a major drawback of the virtual defence model. On the other hand, the opportunity to offset the carbon footprint of such events together with opening the event to participants further afield who would not normally be able to physically attend could benefit students in furthering their career with opportunities for future collaborations and/or jobs. 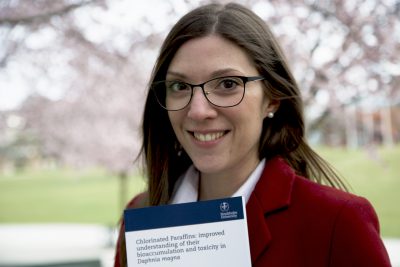 “I think it shouldn’t be the way forward in the future but of course this was an emergency situation. Personal interaction with the opponent helps build that special relationship that I wish I had now with him. He’s a nice person, a brilliant professor who has had a big impact on me on this important day,” says Mafalda Castro.

Castro’s opponent, Professor Martin Scheringer from the Institute of Biochemistry and Pollutant Dynamics in Zurich, Switzerland, had prior experience from two other PhD thesis defences in Sweden. In an interview by Zoom from his home in Switzerland, Professor Scheringer was pleased with how Castro’s defence went overall but expressed reservations about whether this is the right model for Swedish universities in the future.

“Mafalda Castro was a strong candidate and the technology worked really well. However, in the context of a public defence of the type Swedish universities have implemented traditionally, where the student and the opponent are “on stage,” the virtual model was lacking a variety of elements,” says Professor Scheringer. 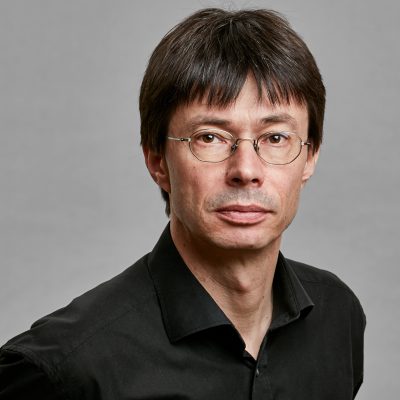 He explained that, although the quality of the scientific discussion was largely unaffected, the lack of “non-verbal communication” between the candidate and examinators as well as the physical absence of a public could be detrimental to the overall experience of the candidate. PhD defences in the Scandinavian countries are run as public events, i.e. events that are open for anyone to attend (not online), unlike the model used by universities in other countries where the examination sometimes takes place behind closed doors.

“You lose many things in remote conversations. That has been discussed a lot over the last few months. In a virtual defence you don’t see the person, you don’t see the body language. In my earlier experiences as an opponent in Sweden, we were moving around, using the blackboard or the whiteboard talking to each other face to face. Now that’s limited to a flat picture on a screen,” says Professor Scheringer.

Whether or not a three dimensional encounter is better than a flat picture on a screen, the virtual defence model inadvertently invites Swedish universities to reframe the discourse about what a “public defence” is.

Lessons for the future

If virtual PhD defences were to replace traditional public defences in the future in Sweden, to what extent would these events be considered as “public”? Likewise, since these events had only been open to those who could physically attend them, could live streaming alone reinforce or even reinvent that definition? More than 80 people, with some located as far away as China, logged in to watch Castro’s defence by streaming. She mentioned that scientists she had never met before contacted her afterwards to discuss some of the points she made in her presentation or to request her powerpoint slides. Yet, her opponent, family, friends and peers could not be with her in the room that day. Having to juggle that disappointment with the infinite career potential of technology and the internet would perhaps be unnecessary, as Castro explains, if Swedish universities were to learn from this experience.

“We should combine the two models in the future. Maybe having at least some parts virtually could be something universities might be able to do. This is, after all, a public event. We could reach more people, collaborators, friends, the same way we do when we livestream our seminars at the department. I hope that this element will be incorporated in the traditional PhD defences in the future. However, the interaction with the opponent should always be face-to-face,” says Castro.

While uncertainty around the current pandemic still surrounds every facet of daily life, Stockholm University is geared to return to some form of normality this coming autumn. PhD students and their supervisors faced with the same conundrum would have to weigh up each option carefully, however unpopular.

“I’m a little bit scared that this model could become a new reality. This is not like the ‘real deal,’ it is not,” says Castro.

“In my view, Swedish universities would irreversibly lose something unique and really valuable if they abandoned their traditional model. It would be a great loss.”