The Arctic subsea permafrost is thawing faster than previously thought 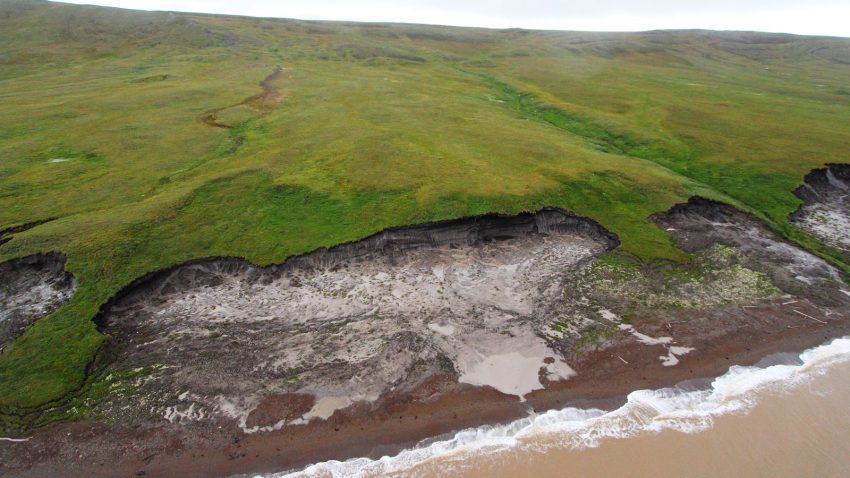 The permafrost in the ocean bottom below the East Siberian Arctic Sea is thawing at a rate of 14 cm per year. That’s a lot faster than for permafrost on land and the process may eventually lead to increased global warming through increased release of methane according to a new study published in Nature Communications by ACES researchers and international colleagues.

“The area that’s thawing is enormous – equivalent to four Baltic Seas,” says Örjan Gustafsson, professor at ACES and co-author of the study.

In the course of numerous research projects and expeditions, the primarily Swedish-Russian team has investigated conditions in the Arctic Ocean to observe phenomena related to the potential release of carbon from thawing permafrost, sometimes called the “sleeping giants” of the global carbon cycle and a key potential for carbon-climate feedback. If the carbon is released, the levels of carbon dioxide and methane in the atmosphere will rise, increasing the rate of climate warming.

Örjan Gustafsson and the research group’s latest study is based on observations that were taken from 2011 to 2015 in the coastal ocean off Northeast Siberia.

“A sea-ice based camp was created annually by specialty vehicles and heavy drilling equipment was used to drill down into the permafrost in the seafloor. We compared the sediment core samples with measurements taken from the same place 30 years earlier.”

“Our measurements showed that the ocean floor has become significantly warmer. At the end of the Ice Age, the temperature of the seafloor was -18 C. Now it’s about 0 C. We also looked for the boundary between frozen and thawed permafrost and found that it was 10 – 30 meters deep, and now sinking quickly. The permafrost is thawing at a rate of 14 cm per year for a total of 4 meters in the last 30 years.”

Permafrost is frozen ground that is made up of decomposing organic material and the methane created by this process. When warming causes the permafrost layer to weaken, methane is released.

“It was believed a few years ago that methane within the permafrost and held as natural gas below the permafrost was held in place by the permafrost functioning as sort of a ‘lid’, but the thawing of the permafrost is creating channels for methane from various sources to escape,” says Örjan Gustafsson. “For the first time, we’ve been able to observe the structure of permafrost on the ocean floor, its temperature, and how fast it’s thawing. Since these processes may come to affect global warming, it’s important to understand them in order to be able to take them into account and prepare for the changes.”