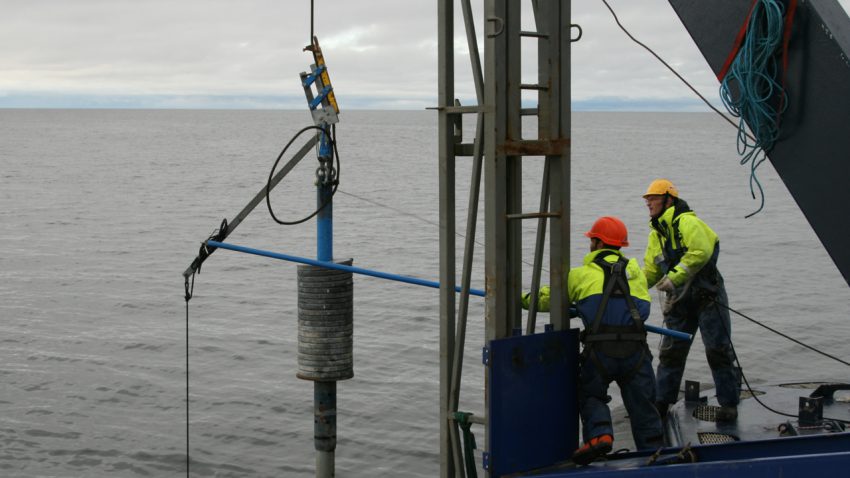 A new study by researchers at Stockholm University shows how large-scale thawing of Arctic permafrost released huge amounts of carbon at the end of the last Ice Age. Frozen carbon reservoirs in the Arctic are currently being released again, which threatens to accelerate climate warming. Their results were published in the journal Nature Communications.

“This is the first study to show, based on observations in the Arctic, that the abrupt climate warming that occurred at the end of the last Ice Age led to large-scale thaw and release of carbon from permafrost,” says Örjan Gustafsson, Professor at ACES, and leader of the research project.

Carbon reservoirs inside the Arctic permafrost are sometimes referred to as the “sleeping giants” of the global carbon cycle. If these reservoirs were released due to global warming, it could lead to large emissions of the greenhouse gases carbon dioxide and methane to the atmosphere, which, in turn, would lead to further warming. If this were to happen, the worst climate scenarios predicted by the Intergovernmental Panel for Climate Change (IPCC) could materialise. The possibility of such scenarios forms the basis of the Paris Climate Treaty.

”The new study gives an indication of what we can expect with the ongoing climate warming and makes it even more urgent for us to quickly adapt into a fossil-free society and to adopt a sustainable economic system to avoid the serious consequences that climate destruction could bring,” says Örjan Gustafsson.

The study was a collaborative effort between researchers at the Bolin Centre for Climate Research, Stockholm University. The samples used in this study were collected during the three-month long international research expedition SWERUS-C3.

“What we did in this study was to use the transitional period between the last Ice Age and the the Holocene (i.e. the warmer period that followed the last Ice Age) which was characterised by rapid warming to see whether, and if so how, carbon frozen in permafrost reacted. It turned out that in the transition from the Younger Dryas to the Preboreal period (about 11,500 years ago), massive amounts of carbon were released, equivalent to 30 cm of the top layer in the immense Lena river drainage area in East Siberia. This is much more intense than what is now underway, but could give us clues as to what may happen if there will be further warming,” says Örjan Gustafsson.