Students negotiated about the climate 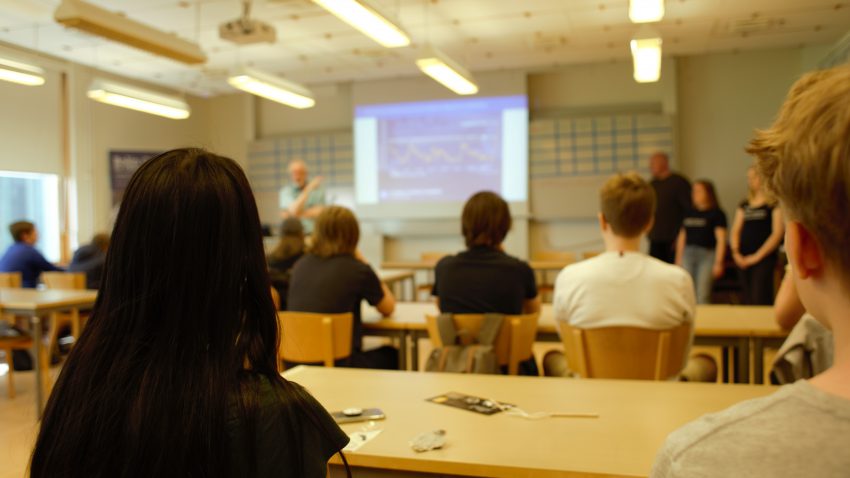 In a role-playing exercise the students should act as representatives from different countries in a climate negotiation about how to live up to the Paris Agreement from 2015. Photo: Annika Hallman

What is climate change and what can we do about it? That was the main question when the annual Climate Festival took place in Geohuset at Frescati in May.

The festival is aimed primarily at young people in elementary school and high school and during three days they could meet climate researchers at Stockholm University to learn more about climate and climate change.

“The Climate Festival is our biggest outreach event – this year we had over 1 300 visitors”, says Annika Burström, Communication Officer and Coordinator at the Bolin Centre for Climate Research which is the organizer behind the festival together with Vetenskapens Hus. 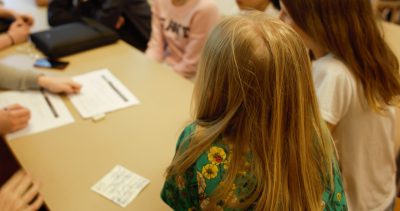 The students should submit a bid about for example from what year they plan to start reducing their greenhouse gas emissions and the percentage the emissions would decrease annually. Photo: Annika Hallman

Several scientists from the Department of Environmental Science and Analytical Chemistry (ACES) took part in the programme with science lectures, seminars and activities in the exhibition area.

One of the activities that the classes had to book in advance was to participate in a role-playing exercise with researchers from ACES where the students act as representatives from different countries in a climate negotiation about how to live up to the Paris Agreement from 2015.

“Now, let’s see if your promises from Paris will last. In Paris nearly 200 countries agreed on the long-term goal of keeping the increase in global average temperature to well below 2°C above pre-industrial levels by the year 2100”, said Kevin Noone, professor at ACES, who led the activity during the first session with a group of students from grade 8 at the school Viktor Rydberg in Stockholm. Emelie Graham and Henrik Olstrup from ACES were also part of the team that arranged the activity together with Jenny Gåling, student at the Department of Geological Sciences.

The students had prepared before coming to Stockholm University: They were divided into delegations from low-income, middle-income and high-income countries and on the basis of their various conditions, they submitted a bid about for example from what year they plan to start reducing their greenhouse gas emissions and the percentage the emissions would decrease annually. 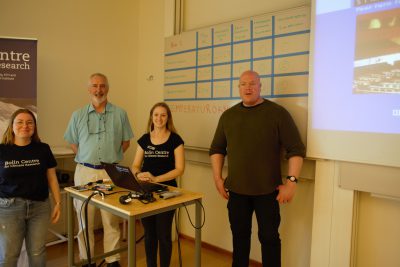 The team behind the activity was Emelie Graham and Kevin Noone, ACES, Jenny Gåling, student at the Department of Geological Sciences, and Henrik Olstrup, ACES. Photo: Annika Hallman

The various facts were written directly into a program made by researchers at Climate Interactive and the result appeared immediately: With this first bid the global warming would be 2,7°C by the year 2100.

“You are on the right track, but this is not enough. Now you will have fifteen minutes to discuss how to reduce the emissions. What are your main interests? Is it possible to compromise with the other groups at some point?“, said Kevin Noone.

Vibrant discussions arose in and between the groups. After 15 minutes new numbers were entered into the program and the result this time was 2.1°C global warming in 2100.

Kevin Noone hopes that the activity can contribute to a deeper understanding of how difficult it might be to balance different interests among countries and regions, and how slow a process can be involving around 200 countries.

“I was very impressed with how well prepared the students and teachers were, and how active and engaged the students were in the negotiations. I can’t wait for these kids to become old enough to vote!”, says Kevin Noone.