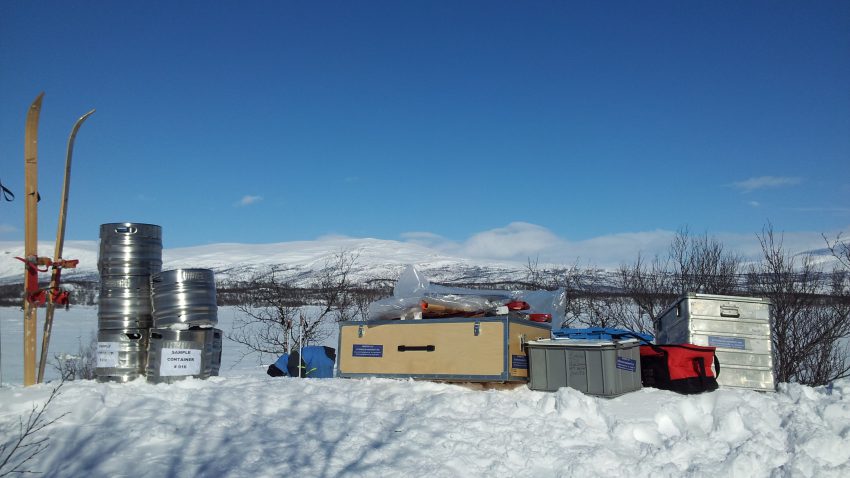 Fossil fuel (diesel) combustion in Europe and Russia is the major source of climate warming soot found in the Eurasian Arctic, according to a new PhD thesis from ACES.

For several years, researchers collected air samples in Abisko (northern Sweden), Tiksi, northeastern Russia, and Ny-Ålesund on the Norwegian Arctic archipelago of Svalbard, northern Norway, to determine the sources of soot in the Arctic. To do that, they applied carbon-14 dating on the tiny air particles and found that, in the winter, the soot that passes through the Eurasian Arctic comes mostly from traffic and coal-fired plants, while, wood burning, agricultural waste burning and fires in the tundra and taiga are the main sources of soot during the summer.

“The dark soot particles absorb the sunlight more efficiently, which leads to a warming of the atmosphere. Further, in snow and ice covered regions such as the Arctic, soot leads to increased melting,” says Patrik Winiger, PhD student at ACES and author of the thesis.

However, the scientists say that there is good news. Soot particles are only airborne for roughly a week and if they are not deposited on bright surfaces like snow and ice, their warming effect stops upon deposition.

“Soot is a short-lived climate pollutant which makes it a great target for climate warming mitigation, though mitigating carbon dioxide emissions is still a high priority, as they influence climate for several centuries after emission. To achieve the biggest benefits, the right timing for the mitigation of carbon dioxide and short-lived pollutant emissions is crucial,” says Patrik Winiger.