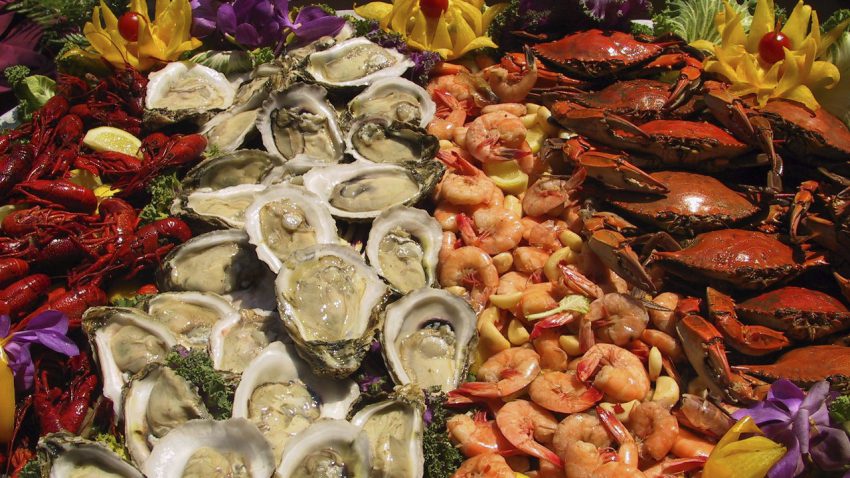 BMAA (beta-methylamino-L-alanine) is a naturally occurring amino acid with a possible link to the neurodegenerative diseases, such as amyotrophic lateral sclerosis, Parkinson’s disease and Alzheimer’s disease. A new doctoral thesis from the department of Environmental Science and Analytical Chemistry (ACES) at Stockholm University, shows that some popular commercial seafood purchased from Swedish supermarkets at the Stockholm region contain low amounts of BMAA. It is the first screening study to measure BMAA in commercial seafood from metropolitan markets.

Amino acids are the building blocks of proteins. There are 20 amino acids commonly used in making proteins but BMAA is not one of them. It is not clear how BMAA is involved to the onset of neurodegenerative diseases. Scientis think that BMAA may be mistakenly incorporated into proteins during synthesis and, in turn, goes on to change their normal shape and function.

BMAA was first isolated and identified in extracts from the seeds of cycad trees in the West Pacific island of Guam in 1967. BMAA was potentially linked to the neurodegenerative diseases that were prevalent in Guam during the 1950’s, as an important environmental risk factor. “The BMAA producers in nature were reported to be phytoplankton, found at the bottom of the food chain. In this scenario, the entry of BMAA into the food web is inevitable.” says Liying Jiang.

According to the Food and Agricultural Organisation of the United Nations, the average consumption of seafood per capita in Sweden during 2005–2007 was estimated at 28.7 kg/year, i.e. 0.6 kg/week. Liying pointed out that consumers can rest assured knowing that the levels of BMAA she and her colleagues measured in commercial seafood are too low to have any direct toxic effects on animals let alone in humans.

However, Liying emphasises that we should exercise caution due to the limited data available on the distribution and function of BMAA. “It has been suggested that BMAA may be a slow toxin, possibly with a biomagnification potential, meaning that its levels could rise the higher up in the food chain it is found. Consequently it is important to monitor its distribution in our environment and understand the means by which it gets stored and released by organisms. These are necessary aspects that need to be addressed,” says Liying Jiang.

This work is a collaboration between ACES and the National Food Agency in Sweden.