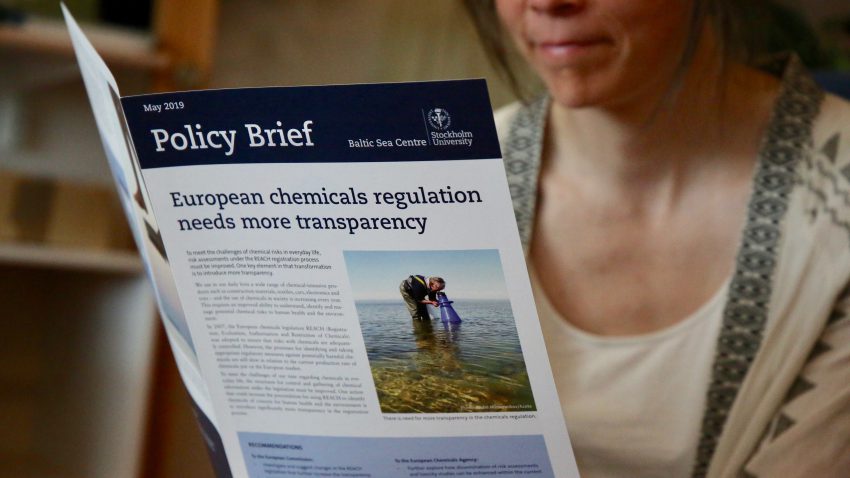 REACH is considered by many to be the best chemicals legislation in the world. But the high demands on the producers and importers are ineffective if the data they submit to the European Chemicals Agency is not being examined. In a new policy brief, researchers at ACES call for greater transparency and better control within REACH.

The European chemicals legislation REACH was launched in 2007 to ensure the control of chemicals used in the EU. The legislation requires that all chemicals produced or imported to the EU in a larger amount than one tonne per year should be risk assessed and registered with the European Chemicals Agency ECHA. But a large majority of the registration dossiers are never checked for compliance.

“Today, five percent of the dossiers are sampled and examined and that examination is only done for parts of the whole dossier. It is quite easy for a defective report to slip through the system,” says Marlene Ågerstrand, Assitant Professor at ACES and author of a new policy brief on the topic.

When Marlene Ågerstrand and colleagues evaluated the registration dossiers for 60 different chemicals, they found that the scientific quality varied greatly, as did the amount of information.

“Some dossiers contained comprehensive environmental and health information while others provided only a few summarizing sentences,” says Marlene Ågerstrand. 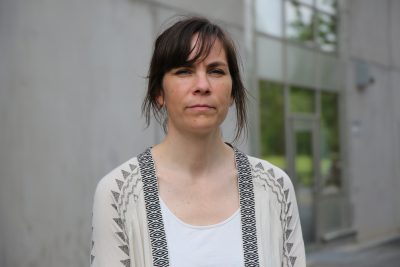 Another problem is that the toxicity studies serving as the basis for the risk assessments are usually classified as confidential business information. As a result, researchers and NGOs have little or no possibility to scrutinize the risk assessments.

“The problem of the public not being able to access this information challenges our democratic systems. We want to increase the transparency of REACH by making these studies available for the public,” says Marlene Ågerstrand.

A process of increasing the transparency in the EU institutions is underway and recently ECHA announced that the agency will work together with the European Commission to increase compliance with REACH. One of the direct actions is to increase the compliance check target from 5 to 20 percent of the registration dossiers.

“This decision is very welcome, but the fact remains that the majority of the dossiers will still be unchecked,” says Marlene Ågerstrand who proposes the target to be increased further.

Several other changes need to be made too within REACH, according to the researchers who address several different actors in the new policy brief.

“In the long term, the European Commission must take the initiative to change the system so that an independent party, instead of the industry itself, evaluates the chemicals,” says Marlene Ågerstrand.

In the short term, the researchers want ECHA to implement and enforce a common method with clear criteria and guidance for evaluating and reporting toxicity studies, and for the chemical industry itself to aim for a higher degree of transparency.

“After all, this is about products available on the market be made safe for humans and the environment. To achieve that we need legislation that guides and supports the industry and at the same time does not allow for any loopholes,” says Marlene Ågerstrand.