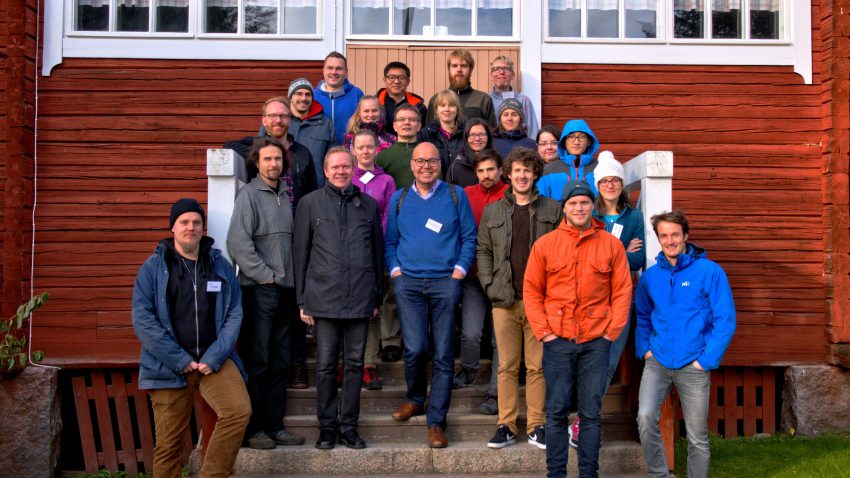 The 10-day workshop on e-science tools for climate research called “Atmospheric science at high latitudes: Online data storage and visualization tools” was successfully held at the Hyytiälä Forestry Field Station in southern Finland between 23 October – 2 November 2017. This workshop was the first in a series of three workshops led by Stockholm University (ACES) in collaboration with the University of Helsinki, the Finish Institute and IT center for Science and the Norwegian Meteorological Institute and funded by Nordforsk and the Bolin Centre for Climate Research, Stockholm University. The goal of these workshops is to train the next generation of climate scientists on how to integrate different eScience tools and infrastructures for interpreting the climate system and its components using a holistic approach.

The participants included 10 students, nine teachers and four teaching assistants from 11 countries, working in different Nordic institutions. During the workshop the participants learned in dedicated lectures about the possibilities to use open-source tools like Python and Jupyter notebook for analysis and documentation of atmospheric data. In addition, there were seminars on database design, visualization techniques and data publishing.

The seminars focused mainly on the accessible data from atmospheric observations generated at the research station at Ny Ålesund on Svalbard, northern Norway, which date back from the early 1990s. Specifically, the participants attended two seminars in the first week of the workshop, one on Arctic climate change, and another on atmospheric observations at Ny Ålesund. 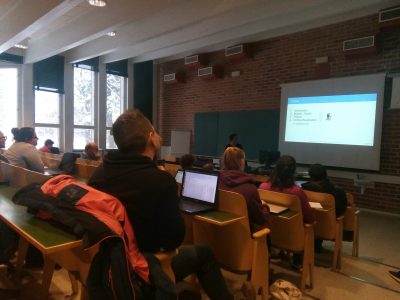 Lecture on visualization tool given by
Augustin Mortier

Most of the activities were performed in four groups, each led by one teaching assistant. One group focused on meteorological observations, such as radio soundings and air mass trajectory analysis, while the remaining three groups looked at the chemical, microphysical and optical properties of Arctic aerosol particles using various in-situ or satellite observations. Different analysis techniques, such as cluster analysis or Mie modeling, were used during these activities. After only a few days the students presented the first interesting results from their work using the new tools they had been introduced to at the beginning of the workshop.

During their free time, students, teachers and assistants enjoyed the facilities at Hyytiälä. Especially the two wood fired saunas located directly next to lake Kuivajärvi and a cosy cottage with an open fireplace made the evenings really enjoyable. The first snow and a frozen lake made the experience even more special. 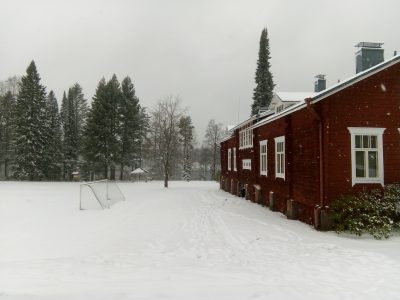 First snow arrived at the beginning of the workshop.

The follow-up workshops are already in the planning and will take place in Norway and Sweden in 2018 and 2019, respectively: