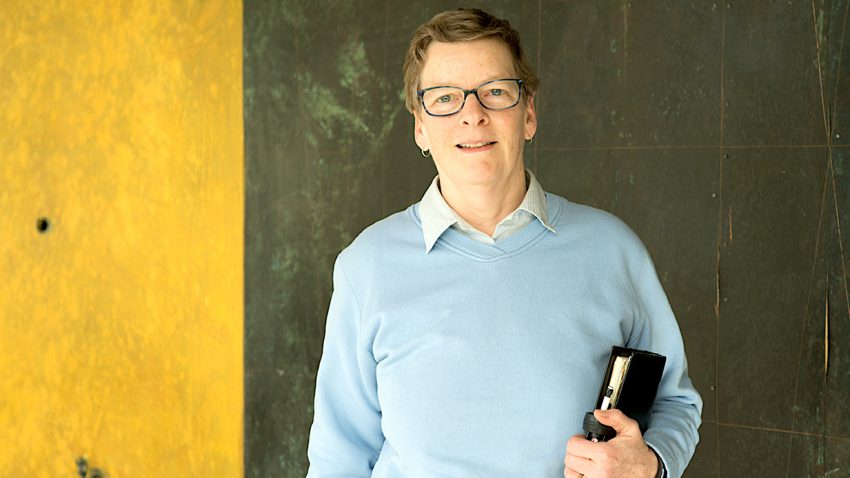 Professor Cynthia de Wit is one of the two recipients of Stockholm University’s gold medal in the 8th size* awarded to academics whose work to promote the University’s research or education has been longstanding and significant.

The motivation behind the decision of the President of Stockholm University Astrid Söderbergh Widding to award Professor De Wit is as follows:

As a professor in environmental science, Cynthia de Wit has held a number of key assignments of crucial importance for Stockholm University’s development into of today’s leading institutions in environmental science. At an early decisive stage when the activities at the Institute of Applied Environmental Science were moved from the Swedish Environmental Protection Agency to Stockholm University, she, as its director and deputy director, led the transformation that laid the foundation for today’s strong academic activities at the university. For more than 20 years, Cynthia de Wit was a strong chair of Stockholm University’s environmental council. She was chairman of the Bolin Center for Climate Research from 2013, Deputy Section Dean and later Dean that for geo- and environmental sciences, member of the faculty board, deputy on the university board, and a member of the Ethics Council at Stockholm University. Over the years, Professor de Wit has both clearly and with great responsibility shouldered additional important management assignments within the university and made a strong contribution to promoting the business. Cynthia de Wit is a diplomatic leader who, with great integrity, professionalism and drive, has fearlessly tackled the various challenges she has faced as an academic leader and manager. Her deep commitment to environmental issues, based on her own research on environmental toxins, has been of great importance in giving these issues the weight they deserve within the University for the future.

“In my view, Cynthia is a person that manifests the core values of honesty, inclusivity and creativity. In doing so, she has been – and is – a fantastic role model not only for women in academia, but for everyone working in academia,” says Magnus Breitholtz, Professor and Head of the Department of Environmental Science.

The award ceremony will take place on 29 September in Stockholm City Hall.