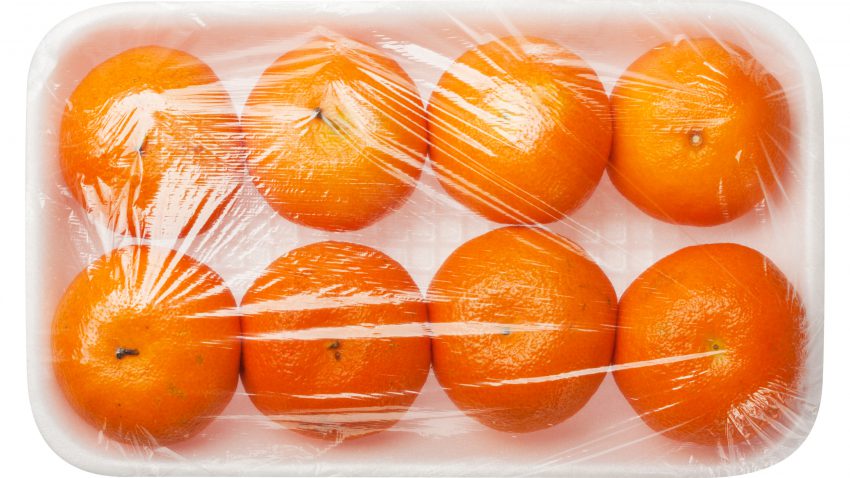 The concentrations of a number of perfluorinated substances are currently on the decrease in humans in North America and Europe. However, in the environment, the same substances show no change. A team of researchers at ACES, completed a systematic review of how the concentrations of perfluoroalkyl acids (PFAAs) have been affected in the environment and in humans since their phase-out in 2000. This work was conducted under the auspices of the Swedish research program Mistra Council for Evidence-Based Environmental Management (Mistra EviEm).

In 2014, following a suggestion by the Swedish Chemicals Agency, Mistra EviEM initiated a systematic review of how concentrations of PFAAs have changed over time in humans and the environment. The main objective was to investigate whether any changes could be related to voluntary and regulatory restrictions in the production and use of long-chain per- and polyfluoroalkyl substances (PFAS). The review team was chaired by Cynthia De Wit, Professor at ACES.

“I was approached by EviEm and asked if I could lead the systematic review. EviEm was looking for an expert in environmental contaminants who was not directly involved in PFAS research, since there had been some scientific controversies concerning these substances. They wanted the review done because there were many published temporal trend studies for various PFAS that contradicted each other, with some showing increasing trends and others decreasing trends. There was no consensus on whether phase-outs were affecting human and environmental concentrations.”

Depiction of a PFOS molecule (not to scale). Illustration: Claes Bernes

The review included human samples as well as biological and non-biological environmental samples. Substances of interest included PFAAs included perfluoroalkyl carboxylic acids (PFCAs) and perfluoroalkane sulfonic acids (PFSAs). The review also included perfluorooctane sulfonamide (FOSA). Most of the studies were conducted in North America and Europe followed by the Arctic, while a small number of studies were conducted in East Asia.

“At first we planned to focus on PFOS, PFOS precursors and PFOA as these were the substances subject to phase-outs. However, we found that many studies included data on more PFAS than just these substances, so we included any PFAS where data were published in the peer reviewed scientific literature and where the study met the criteria for inclusion in the review. Systematic reviews are quite labor-intensive and require that each scientific study is screened for relevance and quality by at least two members of the team. This was done in several steps based on a specific set of criteria the team developed. All the raw data from all of the included studies were also compiled and a statistician reanalyzed all the temporal trends with the same method so we could compare all the studies with each other. Another challenge was then finding a method to visualize the results of the many datasets so they could be interpreted holistically.” 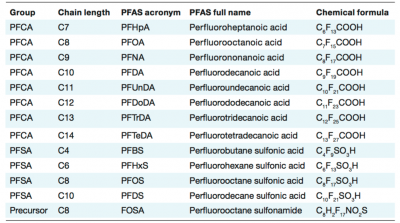 PFASs included in the systematic review.

According to the authors, these results indicate that the declining concentrations of PFOS, PFOA and PFOS precursors in humans are probably due to discontinuation of their use in food packaging and other consumer products. Meanwhile, the lack of decline for these PFAS in environmental samples may be due to their long environmental lifetimes, which requires longer term monitoring to achieve the higher statistical power needed to see small temporal changes. The increasing concentrations of PFCAs in humans and the environment are probably linked to the increasing use of alternative PFAS.

“We were surprised that the environmental trends for PFOS, PFOS precursors and PFOA were so ambiguous even after more than 15 years since the phase-outs. We were also surprised at how few studies had high enough statistical significance to show trends, and that many times we came to different conclusions about trends than the authors of the studies did. The declining human trends for these compounds was heartening, as it does seem to show that regulation has an effect for our exposure. We were also surprised to see the clearly and significantly increasing trends for the PFCAs, probably coming from the introduction of alternative PFAS to replace the regulated ones. This is just another example where new chemicals are put on the market without consideration for their potential to become new environmental problems, ” says Cynthia de Wit.

She hopes that these findings will lead to additional regulation of unregulated PFAS as well as global instead of regional bans. They also point out the need for further monitoring of many different PFAS, which is an important message to both the Swedish Environmental Protection Agency and other countries’ environmental authorities.