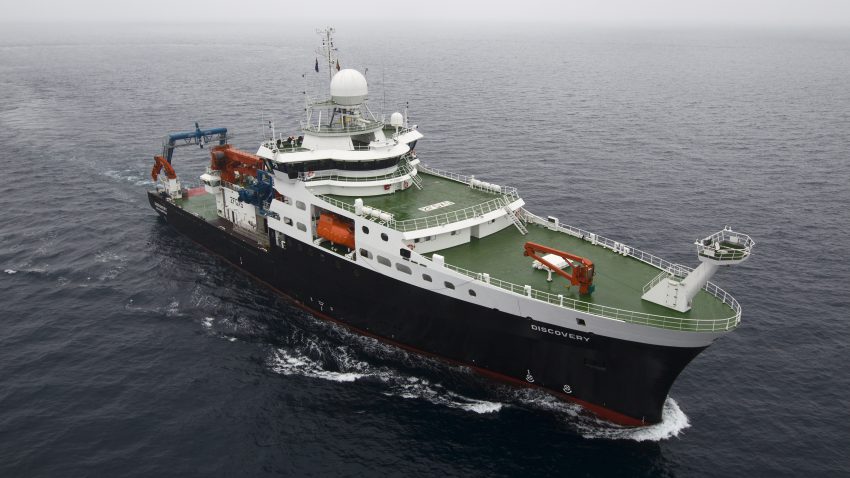 Postdoctoral researcher Jana Johansson and PhD student Bo Sha have recently begun a 42-day field sampling campaign onboard the 29th Atlantic Meridional Transect (AMT) cruise that will cross the Atlantic Ocean from Southampton, UK, to Punta Arenas in southern Chile. The goal of their campaign is to investigate the water-to-air transfer of persistent organic pollutants known as PFAAs via sea spray aerosol.

“In a previous laboratory study we showed that perfluoroalkyl acids or PFAAs, a group of highly persistent fluorinated chemicals that are abundant in the world’s oceans, were greatly enriched in sea spray aerosol generated from artificial seawater, suggesting that oceans may act as sources of these chemicals to the atmosphere. But we don’t know whether sea spray aerosol emitted from natural seawater shows similar enrichment. The AMT29 cruise is a unique opportunity to build on the results of our earlier studies,” says Jana Johansson.

With the help of a laboratory sea spray chamber the team will generate sea spray onboard as well as collect seawater samples from different depths along the transect.

”By analyzing these samples, we hope to further our understanding of the role of sea spray aerosols in the global transport of PFAAs,” says Bo Sha. 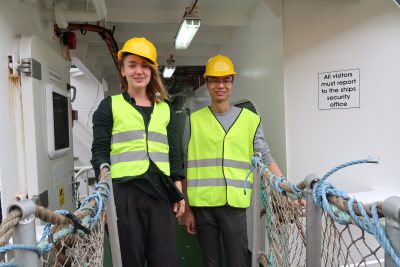 About the AMT cruise

The Atlantic Meridional Transect (AMT) is a multidisciplinary program, which undertakes biological, chemical and physical oceanographic research during an annual voyage between the UK and destinations in the South Atlantic. The program is hosted at Plymouth Marine Laboratory in conjunction with the National Oceanography Centre, UK. The next cruise (AMT29) will run from 13 October to 23 November 2019.

PFAAs are the most well studied subclass of the highly fluorinated chemicals. Due to their unique properties, PFAAs have been used in commercial products, such as fire-fighting foams, as well as in industrial processes, such as the manufacturing of polytetrafluoroethylene (PTFE, often called Teflon, which is one of PTFE’s brand names). PFAAs are also the ultimate degradation end products for many highly fluorinated chemicals, which are used in a wide variety of commercial and industrial applications.

There is societal concern regarding the very high persistence of all PFAAs, and PFAAs with longer carbon chains are also toxic and bioaccumulate in wildlife and humans. In humans, for example, PFAAs can affect the immune function, metabolic outcomes and neuron development as well as cause various forms of cancer.