On the way to achieving climate neutrality 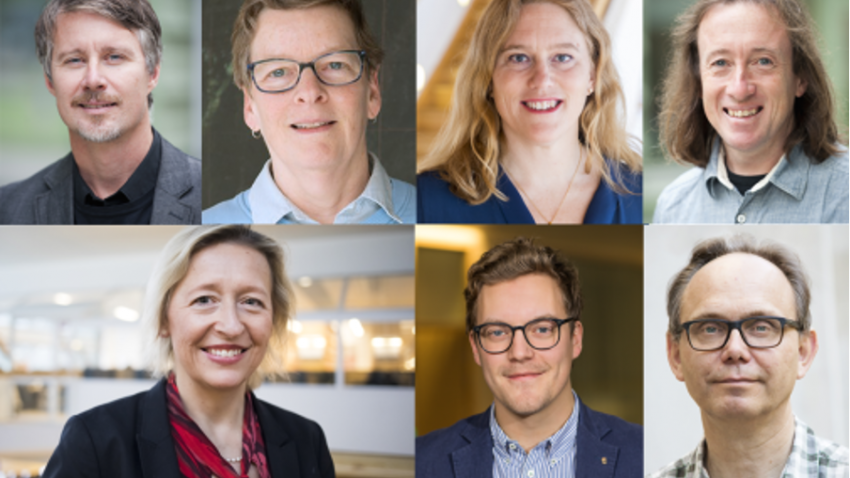 In order to manage the mammoth task of reaching climate neutrality, researchers at the Department of Environmental Science along with colleagues from other departments are collaborating within the Stockholm University Environmental Council to produce a roadmap for bringing university emissions down to zero and become climate neutral by 2040.

Last year, the university made a commitment to achieving climate neutral by 2040. In order to reach this goal, the Climate Roadmap is now being developed that aims to lay the foundation for this work. President Astrid Söderberg Widding entrusted the assignment to Professor Magnus Breitholtz, Head of the Department of Environmental Science and Chairman of the Environmental Council.

“The university’s most important mission is to contribute to a societal transformation through research and education. But our efforts must also address how we can reduce our own carbon footprint,” says Magnus Breitholtz.

“We want to find a tool that makes it easier for the individual departments or divisions to reduce their emissions and find concrete measures based on their largest sources of emissions. It may turn out that a department doesn’t need to opt out of air travel, but has other major emission sources,” says Viktor Lundborg. “Given the fact that the Climate Roadmap extends to 2040, local targets will need to be set at shorter intervals within the environmental action plan of each department or division. This will break up the major goal of carbon neutrality by 2040 into milestones. The university has an advantage there, because it already has a well-developed approach to environmental management,” he says.

Although business travel is behind a large portion of the university’s carbon footprint (about a third of total emissions at the university), Lundborg believes that there are several other areas that need to be explored further.

“To have any idea about whether we can achieve carbon neutrality by 2040, we need to identify all our sources of emissions. To this end, moving forward the main focus will be to investigate the emissions that occur through the purchase of goods and services, among other things. For example, this could relate to the coffee that we drink or office supplies at our own departments,” he adds.

Part of the discussion around carbon neutrality has to do with negative emissions, i.e. how to reduce the amount of carbon by capturing it, extracting it from the environment and storing it safely. Magnus Breitholtz admits that this to be a difficult task at present.

“Let’s face it! We can make a radical reduction in greenhouse gas emissions by implementing certain measures, but we’ll probably never see the day when we don’t emit greenhouse gasses of any kind,” says Breitholtz.

As an example of such a process, Breitholtz mentions Carbon Capture and Storage (CCS), which enables negative carbon dioxide emissions. Nonetheless, he believes that it is important to include the university’s core activities in the calculations.

“How can we include the research, education and collaboration conducted at the university in our definition of climate neutrality? For example, can we include published scientific articles in climate research, investments in energy efficiency, or the participation of researchers during the Climate Festival? Which of these avoided emissions?” he wonders.

About the Climate Roadmap

The Climate Roadmap is based on Stockholm University’s goal of becoming climate neutral by 2040. The climate plan deals with how the work will be implemented in the university’s regular work with the environmental management system.

Participants in the efforts include: