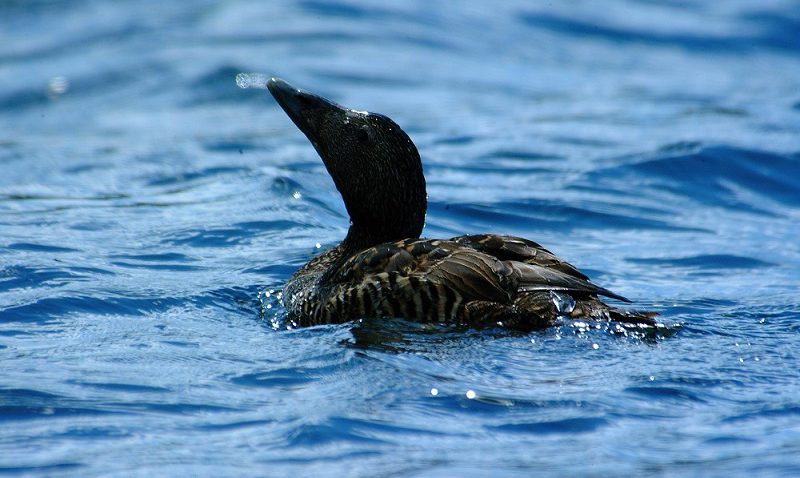 The mortality among common eiders along the Swedish coast has been very high during the last years due to the lack of thiamine. This is shown from studies at the Department of Environmental Sciences and Analytical Chemistry (ACES). Photo: Lennart Balk

At the end of September, the Norwegian public service channel NRK reported about the likely connection between thiamine deficiency and mass death of seabirds. Now the scientific journal Proceedings of the National Academy of Sciences of the United States of America (PNAS) draws attention to ACES research in the field.

The Norwegian public service channel NRK reported that the population of common eider in Norway has decreased by 30 percent over a ten-year period and wrote that: “Scientists in Sweden have linked the mass death of seabirds to a special vitamin”. Among other aspects, the article draws attention to ACES research that the lack of thiamine in wild animals can lead to reproductive disorders, declining populations, impaired health and behavioural changes.

“This is an important signal. In Norway, people have noticed for a long time that blue mussels and bird populations are decreasing along the coast. That the Norwegians now draw attention to the phenomenon and seem to want to find out the mechanisms behind, shows that they take it seriously”, says Lennart Balk, Professor at ACES, who has been doing research about thiamine deficiency in wild animals for many years.

As far as he knows, it is the first time that the team’s research about thiamine deficiency gets this kind of public media attention in Norway.

A few weeks later, in October, a detailed feature article in the scientific journal Proceedings of the National Academy of Sciences of the United States of America (PNAS) draws attention to Lennart Balk’s research on thiamine deficiency, and discusses the phenomenon both with him and with other researchers active in the field.

In the article “Deadly deficiency at the heart of an environmental mystery” Natasha Gilbert, science writer, describes how the researchers are worried that something in the environment is causing widespread thiamine shortages which appears to cause the bird’s disease.

Lennart Balk at ACES thinks it is positive that the researchfield is highlighted, both for the public in a neighboring country, and for the academia.

“Hopefully, it may lead countries to realize that the necessary resources need to be added to understand the mechanisms and the responsible substances for this very serious chemical disorder in our environment. It is a necessary knowledge in order to prevent this impact in the future”, says Lennart Balk.

Natasha Gilbert’s article “Deadly deficiency at the heart of an environmental mystery” is published in the scientific journal Proceedings of the National Academy of Sciences of the United States of America (PNAS).