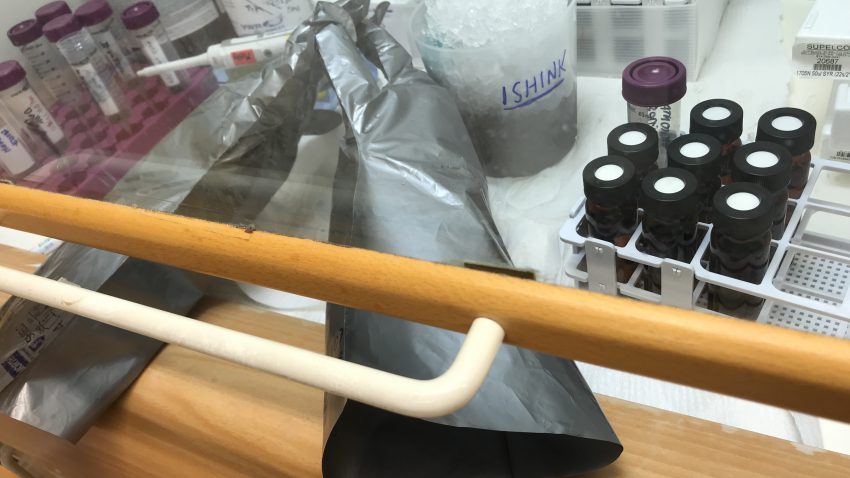 Dimethylmercury is both very volatile and very toxic. Working with this substance requires the use of silver-laminated gloves. Photo: Johannes West

Mercury is highly toxic to humans, where exposure can lead to, for example, developmental impairment among children, loss of motor function and senses, and even death. The most common route of mercury exposure is through ingestion of fish and seafood, in the form of monomethylmercury. Now, scientists at the Department of Environmental Science have discovered a pathway that could produce monomethylmercury from dimethylmercury, another type of toxic marine mercury . Their study was recently published in Environmental Science and Technology. 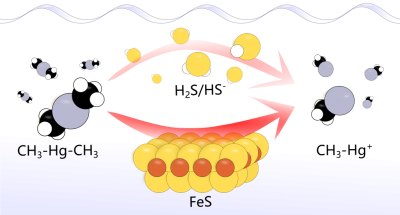 A schematic of the reaction pathways discovered in the new study. Image by Johannes West

In the study, the scientists exposed dimethylmercury to two different types of sulfides that are abundant in the environment, including some marine systems. They found that dimethylmercury disappeared over time with monomethylmercury appearing as the primary product. This finding suggests a novel pathway in the mercury cycle, one that could constitute a previously unknown but potentially considerable source of monomethylmercury in the oceans.

“The anthropogenic emissions of mercury are expected to decrease, following the phase-out of mercury in the global Minamata Convention”, says Johannes West, Ph.D student at the Department of Environmental Science and lead author of the study. “Still, mercury emissions could be expected to continue for decades to come. At the same time, the chemical and physical characteristics of the oceans are changing due to climate change. It is not clear how this will affect mercury concentrations in fish and seafood. Therefore, we are motivated to continue investigating this part of the mercury cycle.”