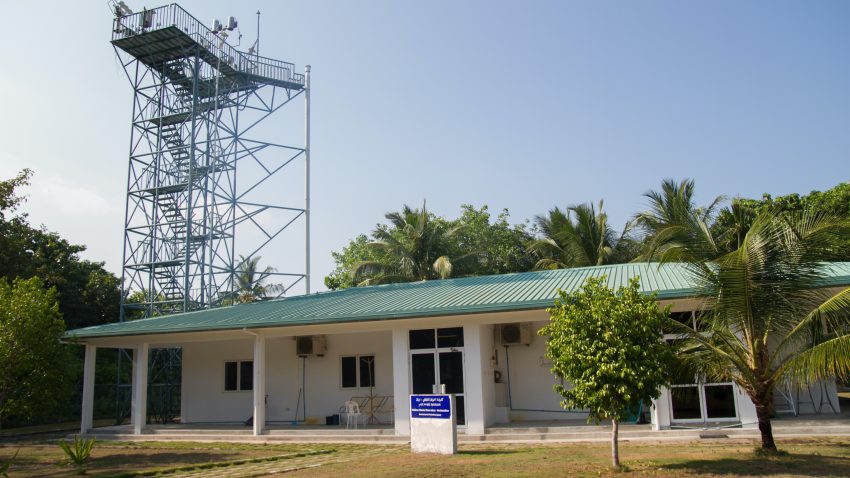 Airborne fine particular matter (PM) is a major component of air pollution that impacts global climate and leads to millions of premature deaths globally every year. Yet its molecular composition remains largely unknown. Now, a new study by researchers at the Department of Environmental Science and colleagues from India and the Maldives have proposed molecular structures of over ten thousand organic compounds detected in PM originating from regions of the Indian subcontinent. The novel analytical and computational approaches employed in the study could help scientists to better understand global air pollution sources, climate impacts, and health effects. The study was published this week in the journal Communications Earth & Environment.

“The sources of PM can include natural and man-made emissions from combustion processes and chemical use. In the atmosphere, these chemicals further react with sunlight to produce an increasingly complex mixture of molecules that can be toxic and which also influence Earth’s energy balance.What we studied here was the fine particulate fraction of polluted air, which is chemically complex and small enough – less than 2.5 µm- to be inhaled deep into our lungs or to be transported thousands of kilometers in the atmosphere,” says Stefano Papazian, Researcher at the Department of Environmental Science and Head of the National Facility for Exposomics at SciLife Laboratory who is the lead author of the study.  “The transformation process exponentially increases the size of the ‘molecular dark matter’ or the unknown fraction of airborne chemicals that humans and ecosystems are exposed to and is yet to be characterized. We know it’s there and we know it’s important, but we don’t know what it is,” he adds. 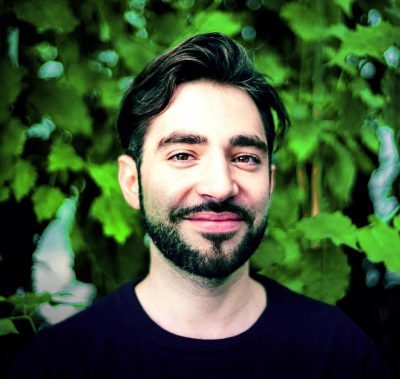 The team used a novel approach by combining non-target analysis by high resolution mass spectrometry with advanced computational tools for deciphering the chemical signature of PM. They applied this approach on air samples of both highly polluted- and pristine air from the Southern Indian Ocean collected at The Maldives Climate Observatory Hanimaadhoo (MCOH) during the South Asian Pollution Experiment 2018 (SAPOEX-18) campaign, from January to April 2018.

“The Maldives is a strategic hotspot where polluted air coming from different sources in the Indian subcontinent can be sampled. On some days, the MCOH receives the atmospheric outflow from polluted regions to the north, and on other days it receives some of the most pristine air in the globe originating from the Southern Indian Ocean,” says August Andersson, Associate Professor at the Department of Environmental Science and co-author of the study. “For this study, we collected air particles using specialized quart-fiber filters that were then sent to Stockholm University for analysis by high resolution mass spectrometry,” he says. 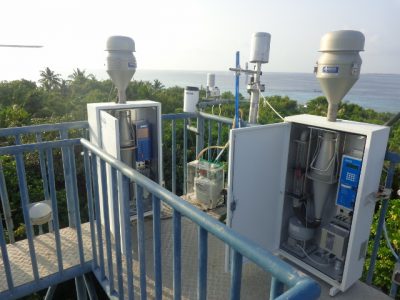 The instruments at the Maldrives Climate Observatory Hanimadhoo are placed 15m above ground. The air particle were collected in specialised filters, which were then sent to Stockholm University for analysis. Photo: August Andersson

To explore the complexity of air pollution in its entirety, Stefano Papazian and his colleagues turned to computational methods that can take full advantage of data from non-target analysis (NTA), a method more commonly used in contaminant chemistry to discover previously undetected, unexpected and/or unknown substances. This way, the team hoped to gain a deeper understanding of the chemical composition of polluted air from this region.

“Most contaminant science involves hunting for a handful of trace chemicals, which is like looking for needles in a haystack. Using computational methods and NTA we are effectively analyzing the whole haystack. This is a complementary philosophy to targeted contaminant analysis but has much greater potential for molecular discovery, ” says Stefano Papazian. He continues: “We found greater molecular complexity than ever reported previously for airborne PM, yet only a minor portion (0.5%) of the tens of thousands of chemicals could be initially annotated based on chemical standards or mass spectral library databases. Using advanced computational approaches, like molecular networking and in silico workflows, we predicted the structures of more than 10,000 chemical substances, which was more than 17% of all the molecular features detected in the analysis, as well as their physicochemical properties relevant to toxicity and climate.”

When the scientists compared the chemical composition of pristine- and polluted air from the Maldives, they were intrigued by the stark differences in molecular profiles between them:

“While in pristine air we found mainly simple natural molecules with only carbon and oxygen (e.g. plant volatiles such as monoterpenes), polluted air was dominated by complex mixtures of nitrogen, oxygen, and sulfur compounds, including derivatives of polycyclic aromatic hydrocarbons, plasticizers, flame retardants, herbicides and insecticides. Some of these, like the herbicide hydroxy-atrazine, have not previously been reported in air and had obviously travelled hundreds of kilometers before reaching the Maldives,” says Stefano Papazian.

The researchers hope that these new powerful open-science tools will be applied more often in environmental research. Although these tools were designed primarily to explore unknown metabolites in biological samples, they have huge potential for advancing environmental sciences.

“I have a background in metabolomics and these high-throughput molecular discovery workflows have increased in popularity over the last 5 years in the life sciences, but their application to environmental science studies is unusual. Only a couple of studies in environmental chemistry have  applied this approach for studying pollutants in water samples, this is the first example of its utility in atmospheric chemistry. We would like to explore these tools to study complex chemical mixtures in a variety of areas ranging from climate science, to toxicology, and exposomics,” says Stefano Papazian.

The study lead investigator, Professor Jonathan Martin at the Department of Environmental Science mentions that research is now underway to identify the most toxic chemicals in polluted air, and that the tools described in the paper are accessible to all researchers in Sweden through the newly established National Facility for Exposomics.