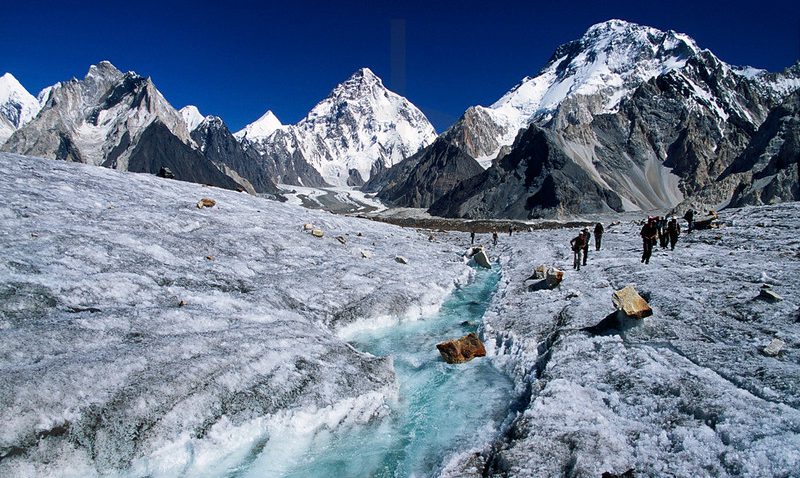 Northern India, China as well as nearby countryside were shown to be the origins of black soot that is largely responsible for the melting of glaciers in the Himalayan mountains of Tibet in a new study published in Nature Communications. Researchers from ACES and colleagues from the Chinese Academy of Sciences were able to determine not only the production sources of the soot but also its geographical origin.

Soot, or Black Carbon (BC) as it is commonly referred to in scientific texts, is the product of incomplete combustion and a major environmental concern due its impact on climate. The areas that are affected by soot the most are those with a pure white background, i.e. where the ground is covered with snow, such as glaciers and the Arctic.

To determine the origin of the black soot, the team used a method based on carbon-14 dating of soot particles that was developed at the University of Stockholm. They showed that most of the soot in the southern Himalayas and northern Tibet originated from northern India and China, respectively, while, surprisingly, soot particles in the interior of the country seem to come mainly from burning yak faeces as a domestic fuel.

“Being able to determine the source and geographical origin of soot particles represents a major step forward in our ability to make the right policy decisions. The research community could provide a much better platform for the politicians to take the most effective environmental action,” says Professor Örjan Gustafsson and co-leader of the study.

The recently published article contains measurements and analyses carried out for dozens of locations across the Himalayas and the Tibetan plateau in collaboration with researchers at the Chinese Academy of Sciences. Additional articles with results from other areas in the world will be published shortly.