Mission: To manage the cocktail effect 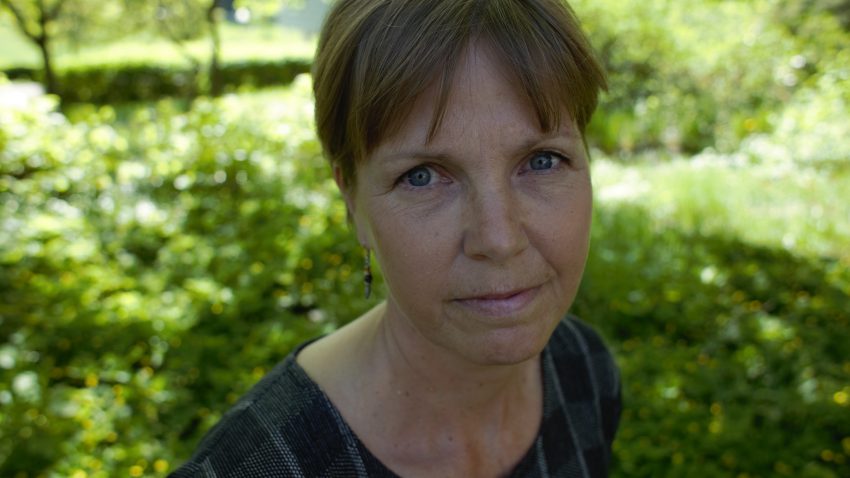 Christina Rudén, Professor of Regulatory Toxicology and Ecotoxicology at ACES, has been appointed the Government’s special investigator on how chemicals legislation could also include mixtures and grouping of chemicals. Photo: Annika Hallman

What happens when we are exposed to many chemicals in a complex mix? Who is responsible for the mixture? And how does it affect people, animals and the environment? As the Swedish government’s special investigator, Christina Rudén, Professor of Regulatory Toxicology and Ecotoxicology at the Department of Environmental Sciences and Analytical Chemistry (ACES), Stockholm University, will propose strategies for taking into account the cocktail effect in the chemicals legislation.

“Risk assessments typically deal with one chemical at the time even though we are exposed to hundreds or even thousands of chemicals in a complex mix. We know that this approach systematically underestimates the risks”, says Christina Rudén, Professor of Regulatory Toxicology and Ecotoxicology at the Department of Environmental Sciences and Analytical Chemistry (ACES).

In March, she was appointed the Government’s special investigator on how chemicals legislation could also include mixtures and grouping of chemicals. To clarify what the assignment is about, she points to the floor, the table and the chairs in her office on the fifth floor of Geohuset.

“We are surrounded by chemicals everywhere. Just here, where we are sitting now, there are a lot of chemicals: In the plastic floor, flame retardants in the textiles on the chairs, the color on the wall, and the coating of the table. The exposures are of course low but what effect does these long term exposures have on us all together? We do currently not have legal systems that assess the effects of those combined exposures”, says Christina Rudén.

It is this mixture of chemicals that is called the cocktail effect: that the negative health effects of individual chemical substances add to each other.

Another problem with the regulation of hazardous chemicals is that similar chemicals not are regulated in groups.

“For example, take a substance like Bisphenol A, it is used in for instance polycarbonate plastics and food cans. Bisphenol is identified as a hormone disruptor and it took ten years from the risk assessment until it was banned in babies’ bottles. But what comes instead? In some cases Bisphenol A has been replaced with Bisphenol S, which is very similar, is likely to have similar toxicity, but not prohibited. This is a waste of resources. It would be more effective if we could assess and manage groups of chemicals”, says Christina Rudén. 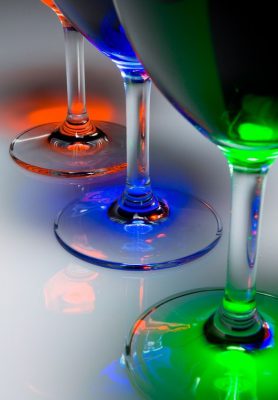 It is the mixture of chemicals that is called the cocktail effect: that the negative health effects of individual chemical substances add to each other. Photo: Rudolf Helmis Flickr cc

Although it may be hard to define how big such a chemical group should be and what variants of a chemical that should be included in it, there are already examples of regulatory decisions for groups of chemicals already today, according to Christina Rudén. We have less legal mandate to assess mixtures of chemicals.

“It’s partly a legal problem: Who is responsible for the mixture of chemicals that we are exposed to? Everyone and at the same time nobody. And what does the mixture look like? Which of the substances are dangerous? It is difficult to answer because the mixture changes in time and space.”

She has just finished a two-day conference with her hand-picked colleagues who will work with the investigation. The group consists, apart from herself, of Thomas Backhaus, Professor at Gothenburg University, Per Bergman, former Head of the legal department at the Swedish Chemicals Agency (Kemikalieinspektionen), Dr. Michael Faust, consultant, Dr Daniel Slunge, environmental economist, and Dr Linda Molander, investigator at the Public Health Agency of Sweden (Folkhälsomyndigheten) and former doctoral student at ACES.

“The different skills in the group are absolutely crucial, I think. Legal competence is important to see what actually can be done with legislation, the economic aspect gives weight and arguments: We will attempt to analyse both the cost of potential restrictions of the use of chemicals but also the monetary value of foreseen health benefit. As far as environmental and health issues are concerned, there is extensive experience in the group of how chemicals affect both animals and humans.”

Initially, the investigation will focus on what has been done before in the risk assessment of mixtures and groups of chemicals and investigate what has been successful and what has worked less well.

“Then we will develop suggestions on how to proceed and if and how EU legislations need to be changed.”

On the agenda there are a number of meetings with authorities and organizations that influence or work with the issues, such as the Swedish Environmental Protection Agency (Naturvårdsverket), the Swedish Chemicals Agency, industry representatives, environmental and consumer organizations, Avfall Sverige and Svenskt Vatten.

“These contacts aim at identifying ideas and experiences: Have they done anything that worked well? Do they have any ideas they want to share with us?”

In September 2019, the investigation will be presented to the Government.

“I foresee that we will present a few different proposals to the government, with different levels of ambition. We can estimate consequences and benefits of different approaches, but it is ultimately up to the Parliament to decide on the level of ambition.”

Christina Rudén’s own ambition is to present a useful report:

“It’s important to me that we make a readable and easy-to-understand investigation so that it is useful for the Government and the Parliament. The dream is to provide the government with an offer they can’t refuse.”

Along with the research work, the group will publish scientific articles.

“That’s because I’m a researcher, I’ve got this assignment based on my role as an active scientist in this area, and to publish scientific articles will add some scientific weight to our recommendations”, says Christina Rudén.

Do you think the investigation can make a change?
“Yes, definitely, otherwise I would not have taken on this challenging job. Both groupings and mixtures of chemicals must be included in the legislation. I would even say that it is inevitable in the long term, but it requires a new way of thinking, and I hope that we, and the Swedish Government, will contribute to that development.”