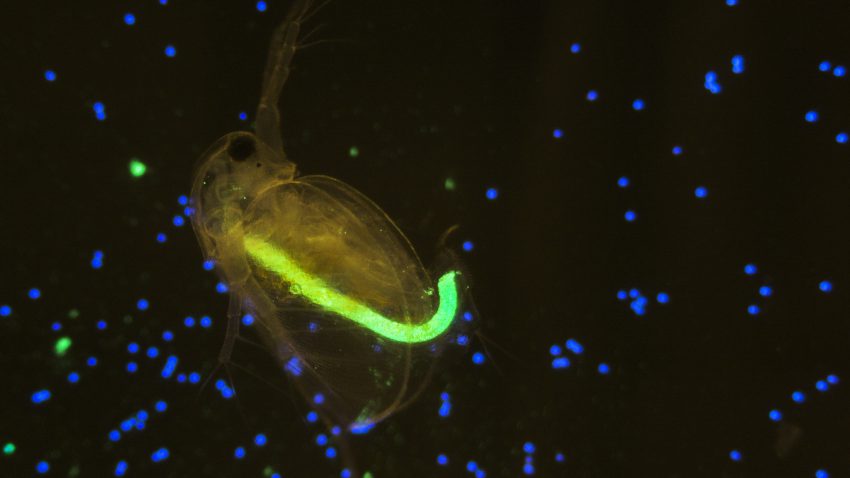 Water flea that has been fed microplastics, which glow under UV-light (green). Photo: Zandra Gerdes, ACES

Microplastics have potentially no major impact on the transport of some persistent contaminants between aquatic animals and their surroundings, shows a new study by researchers at ACES published recently in the journal PLOS ONE.

“Microplastic as an environmental problem have been widely discussed in recent years. They may affect the environment in different ways, although, much of the public concern about microplastics has focused on its potential to increase uptake of contaminants in animals that eat it,” says Zandra Gerdes, PhD student at ACES and lead author of the study. 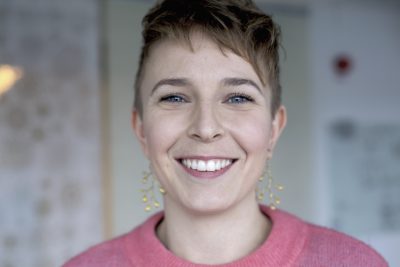 “In this study, we wanted to investigate experimentally the transport of PCBs between microplastics and zooplankton and to see whether microplastics can increase the release of PCBs from the zooplankton. We hope our results will contribute a piece of the puzzle of how this type of contaminants move between animals and microplastics,” says Zandra Gerdes.

The results of the study showed that in PCB-contaminated animals exposed to a large amount of non-contaminated microplastics, transport of the total PCB load was not affected, except for a certain type of PCB that had the highest binding capacity to microplastics.

“When it comes to generalising the effects of microplastics on transport of contaminants, more research is needed. In our experiment, we used unrealistically high amounts of microplastics and PCBs, which made it possible to distinguish the small difference in transport rate induced by microplastics,” says Zandra Gerdes. She continues: “In the future, studies on systems approaching environmentally relevant conditions would provide more conclusive evidence, since neither microplastics nor animals exist in the sterile and optimised environments that we create in the lab.”