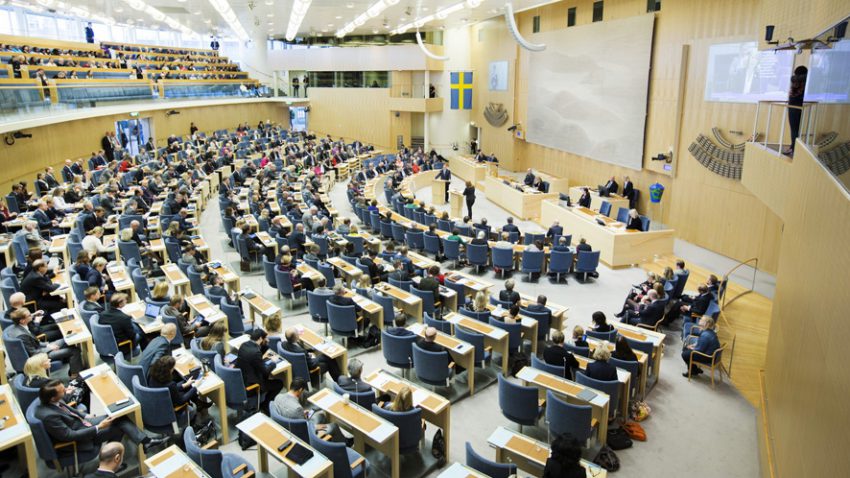 Curbing fossil fuel emissions drastically is the most effective way to reduce long-term climate risks as well as one of the toughest challenges facing world governments today. But many of us often wonder about what individuals can do to make an impact.

“We can use our vote to affect climate policy,” says Mem Swanborough, a former Master’s student at the Department of Environmental Science hinting at the next Swedish general election taking place on 11 September 2022.

Swanborough is no stranger to the topic of elections since she recently presented her Master’s project where she surveyed seven Swedish political parties about their climate proposals for the upcoming political term. She picked this project in particular because, as she writes in her dissertation, “choosing a party that will introduce and prioritise the most climate-friendly policies is crucial.”

“The climate crisis is here, and we’re already seeing the effects. One has to look at the news to see the floods in Pakistan, displacing millions of people,” says Swanborough. “The recent IPCC reports have said that, without immediate action, these effects are only going to get worse. And this is super important because it’s affecting people’s livelihoods, destroying people’s homes and affecting people’s lives,” she adds.

While there have been a number of qualitative policy comparisons between political parties in Sweden, no other study has compared the parties in terms of how many megatonnes of carbon dioxide their policies will release. Nevertheless, just like in qualitative studies, Swanborough collected data by sending a survey out to the parties. The survey was written in collaboration with NGOs Klimatkollen, Researcher’s Desk and Naturskyddsföreningen, who also used the same survey to carry out their own independent studies related to the climate policies of national parties in Sweden. 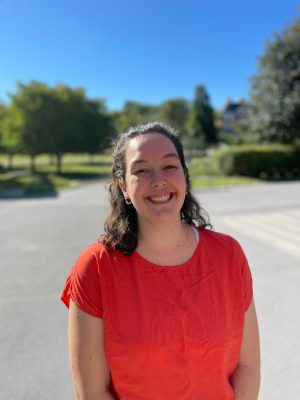 Of the eight political parties contacted, seven responded and one declined to respond. She then set out to measure the resulting emissions from the climate policies proposed by the seven parties using En-ROADS, which is a freely available systems dynamics based integrated assessment model, meaning that it integrates both physical-and socioeconomic characteristics.

Next, Svenborough ranked each party based on how many megatonnes of carbon dioxide would be saved compared to the resulting emission levels from current policies. Of the seven parties surveyed, five parties proposed policies resulting in lower emissions than those allowed if Sweden were to reach carbon neutrality by 2030 and fulfill the Paris Agreement, with the green party (Miljöpartiet) proposing the most ambitious reductions.

These results, though hopeful in a global context, are not surprising, thinks Swanborough.

“It’s important to consider that Sweden is already doing more than other countries. For example, Sweden-already has a better nationally determined contribution (NDC) in the Paris Agreement, and the highest carbon dioxide tax in the world,” says Swanborough.  She continues: “From a justice perspective, however, more needs to be done so that Sweden emits no more than its fair share of carbon dioxide and reach climate neutrality by 2030.”

“This project was a really exciting opportunity as it involved a method of understanding exactly what effect that policies can have on Sweden’s carbon budget. Its been an interesting way to see what are important factors to look for in parties’ proposals. From this project I’ve developed a deeper understanding of climate policy in general, but specifically Sweden’s policy and how this affects its goals,” concludes Swanborough.

The Paris Agreement was signed at COP21 by 196 parties in 2015 with the the goal of keep warming well under two degrees Celsius, and pursue efforts to keep it to 1.5 degrees Celsius. The 1.5 degrees Celsius is what the IPCC reports have shown that, if above it, we would experience extreme weather events, such asfloodings, and subversion of small island nations and coastal areas.

The Paris Agreement is made up of nationally determined contributions, or NDCs for each of the 196 parties.The EU’s NDC, which Sweden falls under, is to have a 55% reduction in emissions by 2030 compared to 1990 levels. The EU’s ambition is to become carbon neutral by 2050, i.e become the first climate neutral continent. Swedish climate policy is aligned with his vision and is actually slightly more ambitious. Sweden aims to have zero net emissions by 2045, under the current government.

Other studies based on the same survey