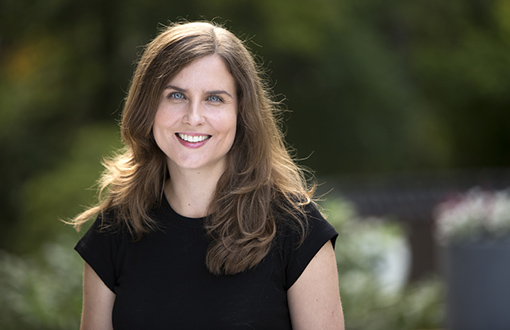 llona Riipinen, professor at the Department of Environmental Science, became one of the five newly elected members to the Royal Swedish Academy of Sciences.

Ilona Riipinen’s research focuses on small airborne particles called aerosols and specifically how aerosols interact with clouds and rain and how they, in turn, affect both air quality, health, and climate.

We are constantly breathing in both naturally-occurring and manmade aerosols, and according to the World Health Organisation, poor air quality is one of the biggest global causes of poor health. At the same time, aerosols play a major role in the Earth’s energy balance, and their impact on the climate has long been one of the major uncertainties in climate models. Wallenberg Academy Fellow Ilona Riipinen heads the Unit for Atmospheric Science at the Department of Environmental Science, where advanced computer models are used to study aerosols, both at a molecular and global levels, to understand how their properties affect our atmosphere. Ilona Riipinen has received many major awards and grants, and has been a Wallenberg Academy Fellow since 2015.