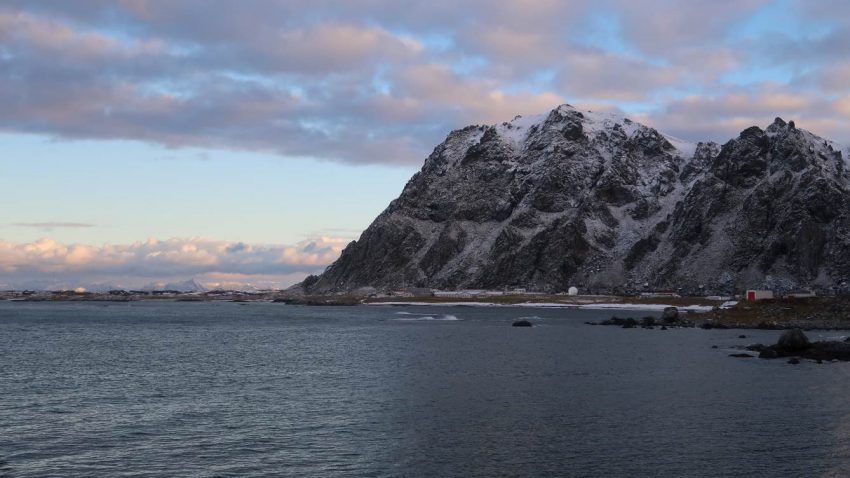 The location of this year’s course: The Andøya Space Centre near Andenes, Norway. Photo: Paul Zieger

Andøya Space Centre in Northern Norway was the place for a course this autumn when 25 PhD and advanced master students from various Nordic institutions gathered to learn more about how to use e-science tools for climate research.

The second 10-day course on e-science tools for climate research has successfully been held at the Andøya Space Center in northern Norway from the 22nd of October until the 2nd of November 2018. 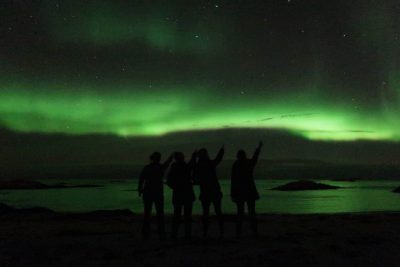 One typical after-course and evening activity: Watching the polar lights at the beach of Andøya Space Centre Photo: Paul Zieger

The course ”Climate science at high latitudes: Modeling and model evaluation” is part of a series led by the Department of Environmental Science and Analytical Chemistry (ACES), Stockholm University, in collaboration with the University of Helsinki, the Norwegian Meteorological Institute/University of Oslo, the latter being responsible for the Andøya course.

“The focus was set around the evaluation of earth system models using long-term observations from the Arctic region”, says Paul Zieger, Assistant professor at ACES who was course organizer together with Michael Schulz from the Norwegian Meteorological Institute.

“This year, the course took place at the Andøya Space Centre in Northern Norway, which has a long tradition in holding courses in atmospheric science together with the University of Oslo. It is a very beautiful place for a retreat and allowed us to focus on our education.”

25 PhD and advanced master students from various Nordic institutions joined the course, who were accompanied by five teachers and eight assistants. Students were introduced to open-source software like Python and Jupyter notebook to analyze, visualize and document climate data. All analysis, documentation was done on a JupyterHub provided by the Norwegian infrastructure for computational science (NIRD). Introduction lectures to Arctic climate, climate modelling, measurement techniques and current tools used for model-measurement evaluation were given.

“The main part of the course consisted of group work. For this task, the students were grouped into six groups each led by one or two assistants. One group, for example, worked on meteorological parameters predicted by models, such as precipitation, and compared those to observations from different Arctic field sites, while another group worked on the evaluation of aerosol processes within the Norwegian Earth System Model (NorESM) model”, says Paul Zieger.

All students presented their results in individual talks and are now preparing their report contained in a Jupyter notebook.

During their free time, all participants enjoyed the fantastic landscape of Andøya and the nightly observations of polar lights. A tour through the Andøya Space Centre, which hosted the course, introduced the group to the history and research performed at the fascinating rocket launch site. A visit to the close-by Alomar observatory (Arctic Lidar Observatory for Middle Atmosphere Research) and the whale museum at Andenes were worthwhile excursions.

The next course “Atmospheric science at high latitudes: eScience for linking Arctic measurements and modeling“ will take place in fall 2019 at Abisko, Sweden.

The course in Norway was co-funded by Nordforsk, the Bolin Centre for Climate Research, Stockholm University. This year, additional support was received from the Nordic Center of Excellence project eSTICC, the University of Oslo, the Norwegian climate research school CHESS and the Norwegian Center for Space Related Education.

Further information can be found at:
NEGI-Andoya-2018
ESTICC – a Nordic Centre of Excellence
CHESS – Research school on changing climates in the coupled earth system
Bolin Centre for Climate Research
Report from the first Nordic workshop on e-science tools for climate research 2017