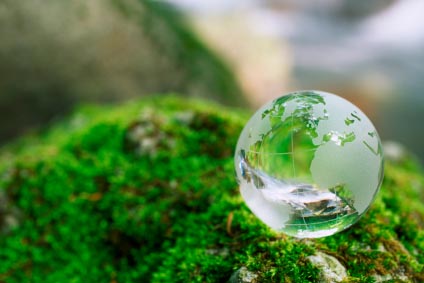 Forestry and pasturage have a much greater impact on the climate than previously thought. The ability of forests to store carbon dioxide decreases when people use them or let animals out to graze in them, and this usually applies to forestry and not just deforestation. This is shown in a study published by ACES researchers and their colleagues in Vienna, Austria, published in Nature.

The world’s vegetation stores large amounts of carbon, which currently stands at 450 billion tonnes. Vegetation is one way of reducing global warming by absorbing greenhouse gas carbon dioxide from the atmosphere. However, if there were no humans to utilise the land, vegetation would have, according to estimates, stored twice as much carbon. Researchers at ACES and their colleagues in Vienna decided to study the reduced storing capacity of vegetation and compared the effects of major human activities, such as deforestation, where land is cleared to make space for roads and cities, with those where no change in the nature of the land has taken place, such as forestry and pasturage.

Surprisingly, they found that deforestation only causes a little more than half of the decline in storing capacity while forestry and pasturage cause almost half of it.

“Our results show that the impact of forestry and pasturage is much larger than previously assumed. Used forests store about a third less carbon than pristine forests, says Karl-Heinz Erb from Alpen-Adria-Universität in Vienna, Austria, who led the study.

The discovery can have major consequences for climate- and energy policies of the future, as it clearly shows the connection between the declining forests and the use of biomass to extract energy. Just as carbon dioxide is released into the atmosphere when we burn fossil fuels or gas, so too burning vegetation leads to carbon dioxide release. And even if the forest is able to regenerate, it will never be able to store as much carbon as it did in its pristine state.

“This means that energy from biomass cannot affect the climate, even if it does not contribute to deforestation,” says Karl-Heinz Erb.

Martin Thurner from ACES is one of the researchers behind the study, who used satellite imagery to chart the carbon stored in the world’s forests.

“Now we can get enough information about how vegetation and biomass look like all over the globe, and we can also see the effects of forestry and not just deforestation,” says Martin Thurner.

Abandoning agriculture and forestry and allowing the vegetation of the earth to return to its natural state would make up for about 50 years of today’s carbon dioxide emissions. The researchers, however, propose that a more feasible way would be to try and restore up to 90 per cent of the natural capacity of used forests to store carbon, which would, in turn, make up for seven to twelve years of today’s carbon dioxide emissions.