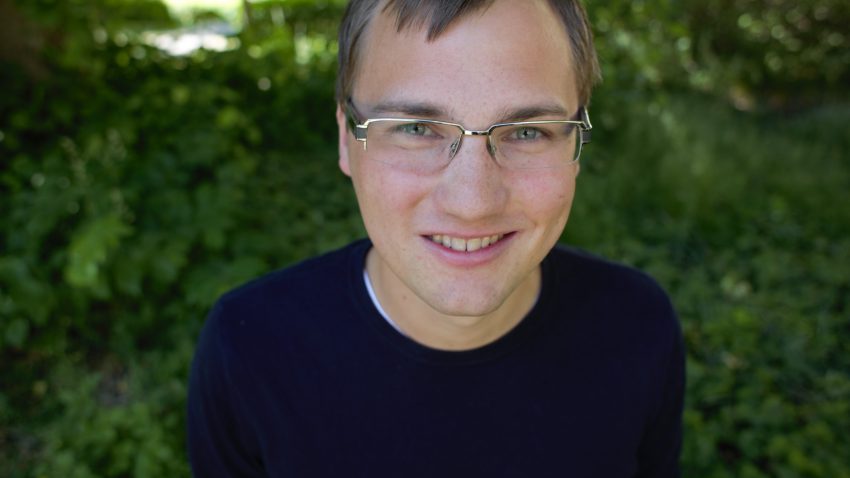 Johan Gustafsson, PhD student at the Department of Environmental Science and Analytical Chemistry (ACES) has received 100 000 SEK from Gålöstiftelsen, a Swedish foundation that allocates student grants for, among other things, higher studies abroad.

Johan Gustafsson is doing research about the deteriorating health status in Baltic Sea wildlife related to a disturbed energy metabolism. The funding from Gålöstiftelsen will fund guest research at Vrije Universiteit in Amsterdam where several important parts of the project will be performed including certain chemical analysis and studies on zebrafish embryos.

“The wildlife of the Baltic Sea shows several indications of health problems, among other things several fish species have significantly decreasing populations and the cause of this is not fully understood”, says Johan Gustafsson.

In his project he will investigate whether brominated substances that are produced by algae in the Baltic can be an explanation of the deterioration observed.

Within the project the exposure to hydroxylated polybrominated diphenyl ethers (OH-PBDEs) will be measured in fish together with several biomarkers for health. Some biomarkers for effect on the energy metabolism will be developed at Vrije Universiteit using zebrafish embryos as a model.

“Receiving this grant enables me to do more research at Vrije Universiteit in Amsterdam where methods are available to study the effect of OH-PBDEs on the Baltic Sea wildlife”, says Johan Gustafsson.