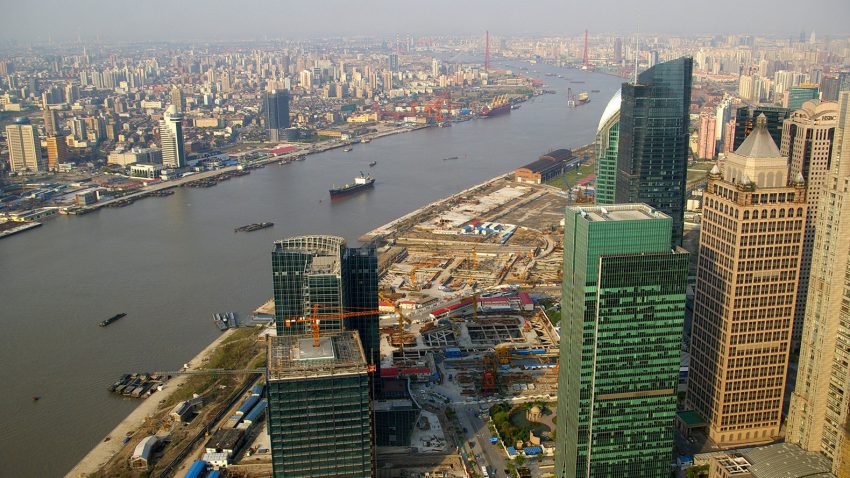 Researchers from ACES and colleagues from other Swedish universities recently wrapped up a highly successful eight-year Swedish-Chinese research collaboration on environmental contaminants in the Yangtze River delta of China. Among them was ACES professor emeritus Åke Bergman who has spearheaded this major research project. A second book about the project was recently published and presented to the Municipal Bureau of Ecology and Environment of Shanghai.

The Yangtze River is China’s longest river and third longest in the world. It is also China’s most important waterway that has propelled the country’s phenomenal economic growth by providing water, transport and food for nearly a third of the country’s population of 1,3 billion people. At the same time, the Yangtze River is one of the world’s most polluted waterways.

“The Yangtze river delta or the Taiho Lake basin is a large highly industrialised area with approximately 100 million people living there. The environmental pollution challenge is significant. For that, all contributions made to manage this challenge make this area one of high interest from a research- as well as societal cooperation perspective,” says Åke Bergman.

Since 2011, a Swedish-Chinese research collaboration on environmental toxins in the Yangtze delta region has taken place that was funded by the Swedish Development Agency (SIDA) for the first three years and by the Swedish Research Council (Vetenskapsrådet) for the remaining five.

“The scientific output has been immense. So far, we have produced 45 published scientific articles, five PhD theses with two scheduled for the first half of 2020. In addition, we have communicated our findings to the outside world. The city of Shanghai and several other large cities have given us hope that we contribute towards more sustainable chemical production and use, “says Åke Bergman.

Åke Bergman has been project manager since the beginning. In 2017, the team published a book entitled “Chemical Pollution Challenges in the Yangtze River Delta,” which included expert knowledge and research findings that were relevant to the project. The follow-up book, which tackles the same topics, was published recently in both English and Chinese and was presented to the environmental authorities of Shanghai and their counterparts in the neighbouring city of Jiaxing at an event held at the Shanghai Science Hall. Shanghai and Jixing have a population of 20- and 5 million inhabitants, respectively.

“I hope that the foundation we have built over the last ten years will lead to actions to cut the enormous chemical pollution discharges we see at so many levels in the region. The tap water quality need to be improved, not the least. The continuation of building the Yangtze Environmental Specimen bank is an outmost important issue as well as establishing the advanced environmental monitoring of pollutants,” says Åke Bergman.

More information about the project