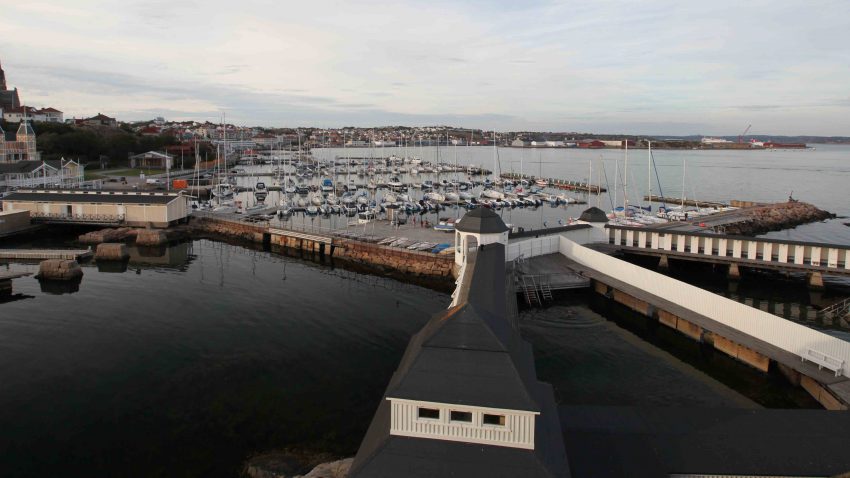 It’s spring at last! The course is plotted, the gear is packed, and the lines released. Fleets of pleasure boats can be spotted backing away from the docks that have housed them during the winter months. Besides overjoyed boaters, many recreational boats are loaded with anti-fouling paints that leak toxic tributyl tin (TBT) as well as copper and zinc into the marine environment. Other pollutants, such as polycyclic aromatic hydrocarbons (PAHs), are present in boat motor exhaust emissions. In a paper published in Archives of Environmental Contamination and Toxicology, researchers at ACES measured levels of different environmental pollutants originating from pleasure boats in surface sediment samples they collected from 4 natural harbours and 11 small boat harbours located on Sweden’s west coast. They found that environmental pollutants were present in all samples, even those from relatively pristine areas.

“Sweden has a particularly strong boating culture, and numerous small boat harbours have been established to host these boats. Also, sheltered locations in the Swedish archipelago are often used as natural harbours for boaters who spend a night or two, especially during the summer months. The boating activity in such areas is linked to the release of certain environmental pollutants, which often accumulate in the surface sediment,” says Britta Eklund, Associate Professor at ACES and first author of the study.

The researchers exposed the red alga Ceramium tenuicorne to each of the surface sediment samples they had collected to see how toxic they were by monitoring how the alga grew. They then measured the concentrations of copper, lead, zinc, 6 tin-based compounds, and 16 PAHs in each sample. When they compared the toxicity data with the concentrations of these chemicals, much of the toxicity was explained by the presence of butyl tins, copper and zinc. They also observed that surface sediments from small boat harbours were more toxic than those from natural harbours, though pollutant concentrations were elevated in some of the natural harbours too. One pollutant that was shown to be abundant in small boat harbours was TBT, which, owing to its endocrine-disrupting properties, has been banned in Europe on vessels less than 25 meters long since 1989.

“TBT is used in toxin-containing paints on boats to prevent fouling and is perhaps the most toxic chemical deliberately released into the marine environment. Even at low concentrations it causes deformations in oysters and genital changes in snails,” says Britta Eklund. She continues: “The high concentrations of TBT we found demonstrate that TBT is still a problem, although it has been banned in the EU. The boating pressure today may be high enough to produce toxic effects even in relatively pristine areas.”