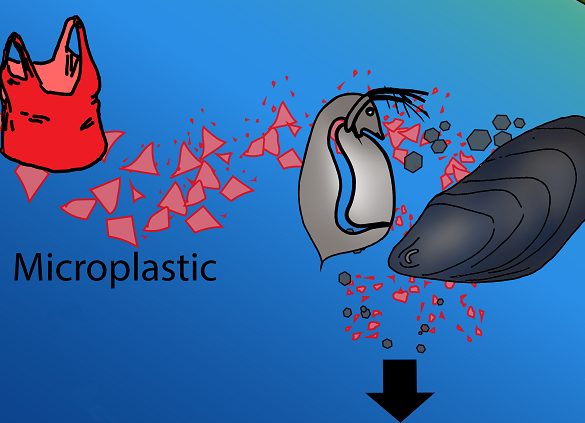 Most studies do not allow distinguishing plastic-specific effects from those caused by other particles, such as clay and cellulose. Picture: Zandra Gerdes

Microplastic and natural particles affect animals in similar ways, which makes evaluating the hazards of microplastics difficult, shows a new study by researchers from ACES and AquaBiota Water Research. These findings imply that unless we identify how and why microplastics differ from natural particles in their interaction with animals, we cannot be certain of how harmful they are. The study is published in the journal Current Opinion in Environmental Science and Health.

“The environmental hazards of larger plastic debris in marine mammals and birds are today well established. Reports are now emerging, claiming similar adverse effects in smaller animals at the base of the food web. The problem, however, is that most of these experimental studies are flawed in their design, which hampers risk assessment and inflates public concern on loose ground,” says Martin Ogonowski, researcher at ACES/AquaBiota Water Research, and lead author of the paper.

The sort of effects observed in animals exposed to microplastics are often related to changes in food intake, which leads to altered growth and reproduction. In a critical review, the researchers compared the effects reported for microplastics with those of natural non-food particles, such as clay. In the literature, they found that exposure to either type of particle results in similar effects but those by microplastics generally arise at lower concentrations. Still, this does not necessarily mean that microplastic are more toxic than natural particles, because the experimental setups and test concentrations, in the reviewed studies, differ too much from each other.

According to the authors, the problem with the experimental design of many microplastic studies is that they compare effects in animals exposed to a mixture of food and microplastics, with that of controls receiving only food. This leads to unaccounted differences between the two groups, as the absence of non-food particles in the control group is both unnatural and more nutritious than a mixture of food and microplastics. “The observed decreases in for example growth are therfore likely to be caused by the differences in food intake and not by microplastic toxicity per se. Such design makes it practically impossible to say whether the same effects would have been observed should any particles other than microplastics had been used,” says Martin Ogonowski


The article “What we know and what we think we know about microplastic effects – A critical perspective” is published in the journal Current Opinion in Environmental Science and Health.