ACESNews & FeaturesFORCeS: Towards narrowing uncertainty of aerosol forcing on climate

FORCeS: Towards narrowing uncertainty of aerosol forcing on climate 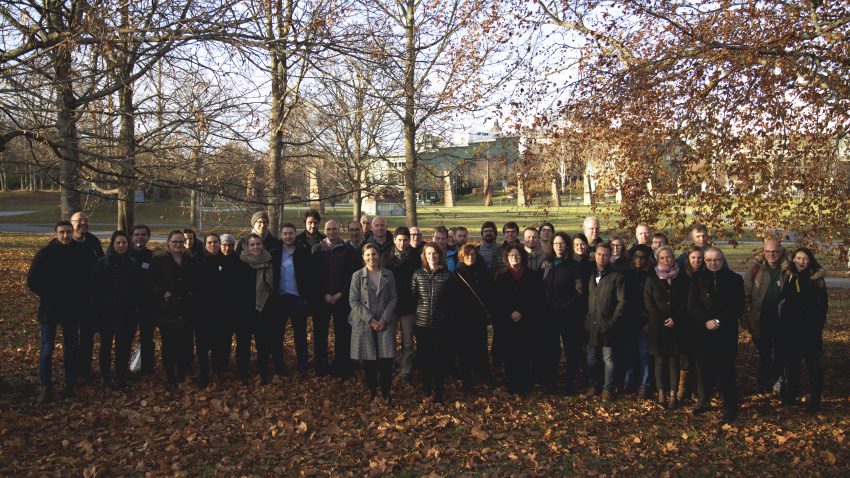 On a crisp morning in October 2019, some of Europe’s most prominent climate scientists gathered inside Geovetenskapens hus at Frescati Campus, Stockholm University, to attend the inaugural meeting about FORCeS (Constrained Aerosol Forcing for Improved Climate Projections), a pan-European research project with the ambitious goal to tackle the uncertainty of aerosol forcing on climate and one the first projects of its kind coordinated by Stockholm University. Since then, the Intergovernmental Panel on Climate Change (IPCC) has published their 6thAssessment Report against the backdrop of record-breaking extreme weather events and the covid19 pandemic that has gripped every corner of the world. With the UN Cop26 climate summit in Glasgow dominating the agenda, the science of climate change has again taken centre stage.

“In the new IPCC Assessment Report, the aerosol contribution in the climate system is still the largest single source of uncertainty in estimates of the Earth’s energy balance. Several members of the FORCeS consortium have co-authored the report,” says Ilona Riipinen, Professor at the Department of Environmental Science and Project Coordinator of FORCeS. 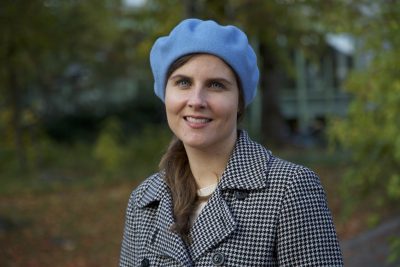 Aerosols, which are tiny, invisible particles that fill the air around us, have long eluded climate scientists as to how they impact climate. Human-derived aerosol particles have induced a cooling effect on climate during the industrial period, both directly, by scattering and absorbing light, and indirectly, by influencing clouds. Due of their diversity in size, sources and effects, aerosols are still difficult to account for in future climate predictions.

“Part of the uncertainty we can probably never get rid of because we can’t go back in time and measure. In terms of understanding why it’s there, I would say it is because aerosols are so complex,” says Riipinen. “New methodologies are needed to estimate the magnitude of aerosol forcing, for instance, via aerosol effects on clouds. Ideally, we would like to measure those effects to help us find novel ways of reducing the uncertainty,” she explains. 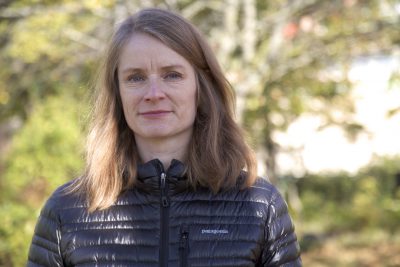 To improve climate predictions, scientists in the FORCeS consortium are using a combination of data collected from the field, lab and satellites together with a number of theoretical approaches ranging from molecular theory to Earth system modelling. But synchronizing the different methodologies is not straightforward. Annica Ekman, professor at the Department of Meteorology (MISU) and Scientific Coordinator of FORCeS, tries to illustrate this point with an example: “We thought that satellite data would give us some kind of ballpark for where we should be in terms of aerosol climate effects, but the more we look at the satellite retrievals, the more question marks come up. We realized that it may not be straightforward to directly compare them with the Earth system models because satellites see the Earth from above while models provide a three-dimensional view of the clouds. It is not easy to “translate” the modelled clouds to an image that corresponds to what a satellite sees.”

Collaboration is the silver lining

In this cloud of uncertainty, the silver lining, according to Riipinen, lies in collaboration. “When Annica and I had this idea to bring together the different communities of climate scientists, we sat down and identified people in our networks that we thought could make a good team.” Riipinen and Ekman’s idea turned into a 4-year EU project with a budget of nearly 8 million euros shared between 22 partners who are all at the forefront of climate research in Europe today. “Where I think we have really succeeded in is establishing a community of people who are all on the same page,”says Ilona Riipinen. The knowledge exchange between researchers working with climate models, large-scale models, and aerosol/cloud processes is what, according to Riipinen, makes the FORCeS collaboration unique. 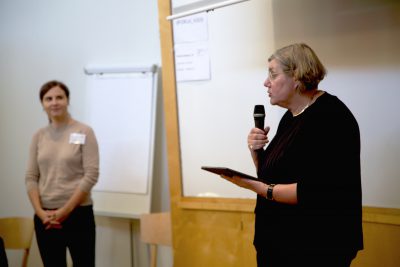 Two years on and the project output is already impressive: an efficient internal communication workflow coupled with over 30 scientific articles. In addition, the consortium has published their first policy brief on whether there is conflict between air quality- and climate goals, and a second one focusing on the Covid19 pandemic and climate is due for publication on November 9th 2021. They recently held their second annual meeting, again at Stockholm University, which due to the ongoing pandemic, took place both in-person and online to ensure everyone’s participation.

“The work progressed fine despite the pandemic,” says Riipinen, though she openly admitted to her colleagues that she has never felt happier to attend an in-person scientific meeting before in her life. However, although the transition to virtual led to several online workshops that fostered and solidified collaboration, plans to collect field data had to be postponed. “Some of our sampling campaigns were pushed back by a year due to the pandemic,” says Riipinen. “But since we had managed to meet once in-person before the pandemic, the communication channels were established, which made it easier to continue working online. So far, the work is very coherent and we’re hitting our targets.” As the world is slowly returning to normal, so are FORCeS scientists returning to the field to continue their work.

With the UN climate summit taking place in Glasgow, UK, Annica Ekman confesses that, even though understanding aerosols’ role in climate is a worthwhile scientific endeavour to improve future climate projections, at policy level, however, reducing aerosol concentrations should not be a priority for tackling climate change.

“The pandemic caused a temporary dip in greenhouse gas emissions as well as in anthropogenic aerosol concentrations. Since aerosols cool the planet, we expected that the reduction in aerosol concentrations would have a significant warming effect globally but it turned out to be minimal. Instead, cutting down on anthropogenic aerosols would be more beneficial for health and the environment rather than slowing down global warming. Therefore, at the moment, our priority should still be cutting down drastically on greenhouse gas emissions,” explains Ekman. She makes an exception for black carbon particles, otherwise known as soot, which have been shown to have a warming effect by absorbing light contributing to, for example, the melting of Arctic snow. At the same time, she points out, it is not only manmade aerosol we should be worried about. “Even if we decided to reduce emissions of anthropogenic aerosol today, we still have emissions of aerosols from natural sources, such as forests, sea spray, dust and others. We don’t know how these emissions will be affected by the changing climate,” says Ekman. 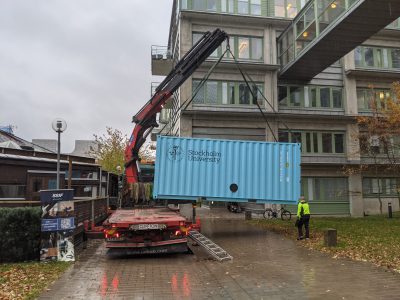 A future mobile aerosol-cloud lab to be used in upcoming campaigns in northern Italy, Azores Islands, La Reunion and the Arctic. FORCeS researchers from Stockholm University will install measuring instruments inside the container and on its roof. Photo: Paul Zieger

As for whether the climate crisis has catapulted the work of FORCeS in the forefront of policy, Ilona Riipinen insists that the primary focus of the project has been and will be conducting cutting-edge science.“The FORCeS consortium’s primary task is to bring forth the findings that bodies like IPCC can include in their future reviews of climate research. We will of course do our best to make those findings visible to policy makers, including world leaders at Cop26, via our policy briefs and media outreach,” says Riipinen.

With just two more years of funding left, and with more scientific questions generated than answered, Ilona Riipinen and Annica Ekman have begun to ponder over what they would like the legacy of FORCeS to be. “We are working hard to establish a solid collaboration between field scientists and modelers for many years to come so that we can reduce the uncertainty of aerosols even more,” says Annica Ekman. Ilona Riipinen hopes that the journey of FORCeS has only just begun. “There will be a lot of fundamental knowledge on atmospheric processes produced by FORCeS that will not make it into climate models within the formal project lifetime. Making sure that the collaborative effort continues beyond that lifetime would therefore be the project’s fitting legacy,” she concludes.