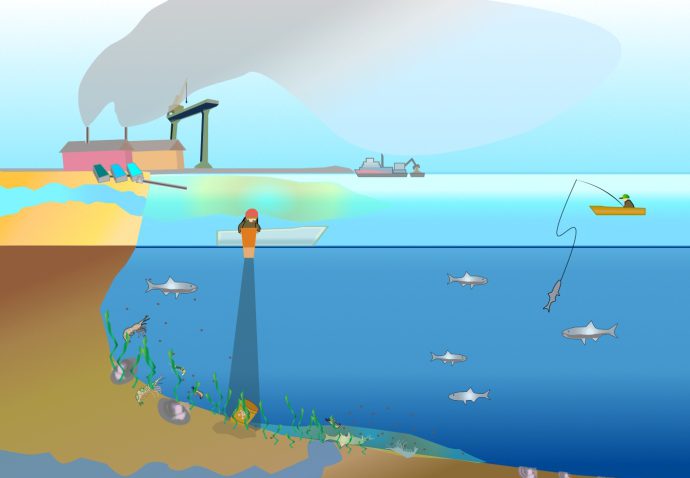 Only a small part of what ends up on the seafloor can be seen when we make assessments of the environmental effects of dumping waste. Photo: Peter Bruce

Large amounts of often polluted dredged sediments are being dumped in the Baltic Sea – even though it is banned, shows a new study by researchers from Stockholm University (the Department of Environmental Science among the departments involved), and the Swedish Geotechnical Institute published recently in Frontiers in Marine Science. The study uncovered inconsistencies in granting exemptions for sediment dumping that contradict Sweden’s environmental goals.

According to the Helsinki Commission (HELCOM), approximately 10 million tonnes of dredged sediment are dumped annually in the Baltic Sea.* Several international conventions limit dumping when there is a risk of negative ecological effects, for example, when the sediment is contaminated. However, the interpretation of what the risk entails differs considerably between different stakeholders and when an exemption for dumping is granted in Sweden, it is often without consideration for environment impacts. Sediment dumbing is banned in Sweden but exceptions to the ban are occasionally granted. In the study, the researchers closely examined these exceptions and estimated the extent of sediment dumping and whether or not ecological aspects had been taken into account in the courts’ risk assessment. The researchers analyzed data from all cases that had been granted an exemption by regional administrative boards and all legal cases during the period from the beginning of 2015 until June 2020.

Sediment dumping despite the ban

Despite the ban on sediment dumping in the sea, the study shows that exemptions for dumping large amounts of sediment were granted regardless. Sediments in many cases contained levels of pollutants that were so high that they could have been detrimental to marine ecosystems.

“To grant an exemption for dumping high levels of pollutants is contrary to international agreements. It is also not compatible with the Environmental Code, which stipulates that dumping may only be permitted if it can take place without inconvenience to the environment, says Peter Bruce, who recently defended his dissertation on environmental risk sediment at the Baltic Sea Centre and who is also the lead author of the study. 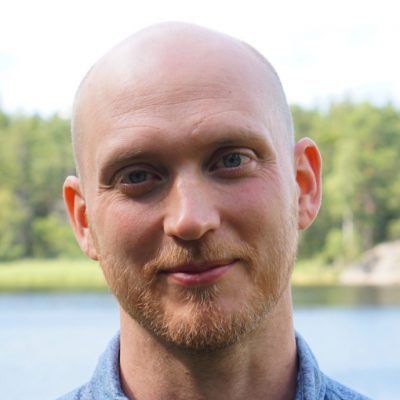 Although dumping was the least common handling method for dredged sediments in a number of cases (98 of 792 from the beginning of 2015 to June 2020), the researchers found that dumping was the predominant method when measured in volume of sediment dumped (30.8 million cubic meters of total cubic meters).

Furthermore, the study show how Swedish courts generally fail to take into account the ecological effects of dumping. The courts’ assessments are instead repeatedly based on reasoning that clearly disregards the risk to the environment at the dumping site. In addition, there is a widespread, and sometimes contradictions, in the criteria used by the courts to grant exemptions.

According to Peter Bruce, the study shows a great need for further development as current practice is not in line with the Environmental Code, sustainable marine management or Sweden’s environmental goals.

“We point to several aspects that can be developed to provide a better basis for assessing the risks of dumping. For example, tools have long been available to assess the toxic effects of contaminated sediments; such tools will be necessary to assess whether dumping can take place without burden to the environment,” says Bruce.