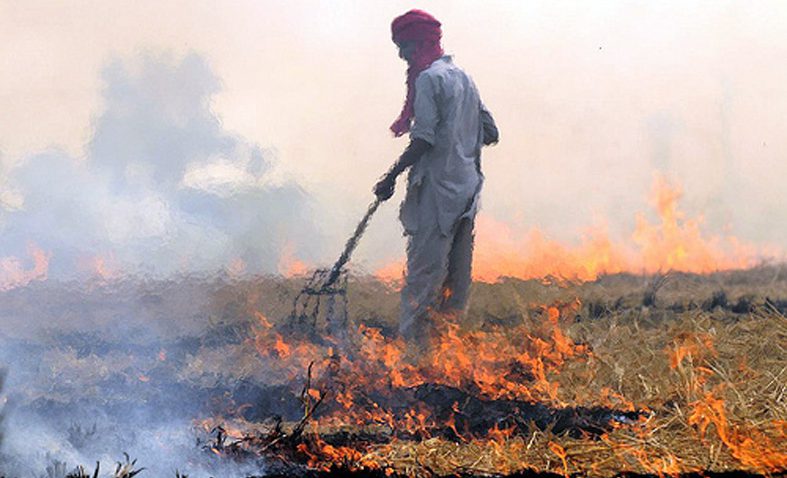 Urban emissions of black carbon from fossil fuel combustion are not always the main contributor to severe air pollution in south Asian megacities like New Delhi, shows a new study by researchers from ACES and the Indian Institute for Tropical Meteorology, published in the journal Nature Sustainability.

While fossil fuel emissions in New Delhi account for 80 percent of the air pollution plume during the summer, emissions from biomass burning (such as crop residue burning) in neighbouring regions rival those from fossil fuels during the fall and winter.

“Black carbon aerosols are damaging to human health and their levels are higher in New Delhi than in many other megacities. During fall and winter, the levels of polluting air particles in New Delhi can reach ten times the limit recommended by the World Health Organization. To determine the environmental effects of black carbon in this highly populated city, it is crucial to quantify the contributions from the key emissions sources,” says August Andersson, Researcher at ACES, and lead author of the study.

The researchers collected air samples from New Delhi during 2011 and analysed their black carbon content by creating carbon isotope signature profiles for each of the samples to identify the source of the particles. Different sources of carbon give their own unique isotopic fingerprints. When they compared the relative amounts of the black carbon particles from the different sources over the course of a year they discovered a strong seasonal variation. The relative contribution from fossil fuel combustion peaked during rainy summers and the contribution from biomass burning (for example wood and straw burning) peaked during the dry fall and winter months. In addition, the scientists found that the sources of the high biomass emissions were regional rather than local and urban, for example, burning of residual crops by farmers living approximately 200 km away from New Delhi. In India, crop residue burning began after tractors were introduced and occurs after harvest, which typically falls in October/November for wheat, and in April/May for rice.

“Our findings contradict the widespread notion that the emission flux between cities and the countryside is mainly one-way. No other study has reported high amounts of black carbon from biomass burning in the middle of a megacity where the only source should be traffic. The wintertime regional flux of black carbon into New Delhi suggests that to efficiently combat severe air pollution, it is necessary to not only mitigate the urban emissions, but also regional-scale biomass emissions, including agricultural crop residue burning,” says August Andersson. He continues: “Air pollution in the Indo-Gangetic region, which includes eastern Pakistan, northern India and Bangladesh, is a regional problem, potentially affecting nearly 1 billion people.”