Cod severely affected by thiamine deficiency in the Baltic Sea 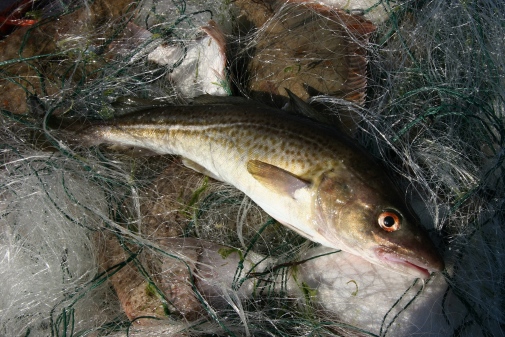 The Baltic Sea cod have been affected by thiamine deficiency for over twenty years. Photo: Roberts Ratub/Mostphotos

Thiamine, or vitamin B1, is an essential vitamin for all animal cells. Newly published research shows that a population of Atlantic cod found in the Baltic Sea is severely affected by thiamine deficiency. The work, which was recently published in the scientific journal PLOS ONE, was done by researchers at the Department of Environmental Science, and the Swedish University of Agricultural Sciences in Lysekil, together with a colleague at Western Washington University, Bellingham, USA.

“A review of the scientific literature strongly indicates that the eastern Baltic cod have been affected by thiamine deficiency for over twenty years,” says Josefin Engelhardt, PhD student at the Department of Environmental Science, and the lead author to the article.

Using vigorous analytical tools, the scientist were able to confirm thiamine deficiency in vital tissues such as liver and brain of cod. The deficiency became more severe the older and bigger the animals got.

“The thiamine deficiency we show in the article is sufficient to explain the many observations of poor body condition reported in cod from the eastern Baltic Sea, as well as reports of other disturbances, such as problems with balance, increased prevalence of disease, and increased mortality,” says Josefin Engelhardt.

Tracy K. Collier, a scientist from the US and co-author of the study, suggests that corresponding studies should be conducted in Atlantic cod along the North American coast, where similar clinical signs have been observed amongst the cod during many years, and where populations of cod have remained extremely low, despite extensive measures in place to regulate fishing.

A threat against the planet’s ecosystem

“Atlantic cod have now been added to the list of over 30 wild species that have been affected by thiamine deficiency. It’s time we began to think of thiamine deficiency, which occurs in many animal species and over large geographic areas, as a contributing factor to the ongoing global mass extinction of many animal species”, says Josefin Engelhardt. She continues:”This ongoing loss of species, which includes a large loss of genetic diversity, has been identified by other researchers as the most serious threat against our planet’s ecosystem. Consequently, there is an urgent need for society to investigate thiamine deficiency, especially studies aimed at understanding the mechanism and causative agent.”