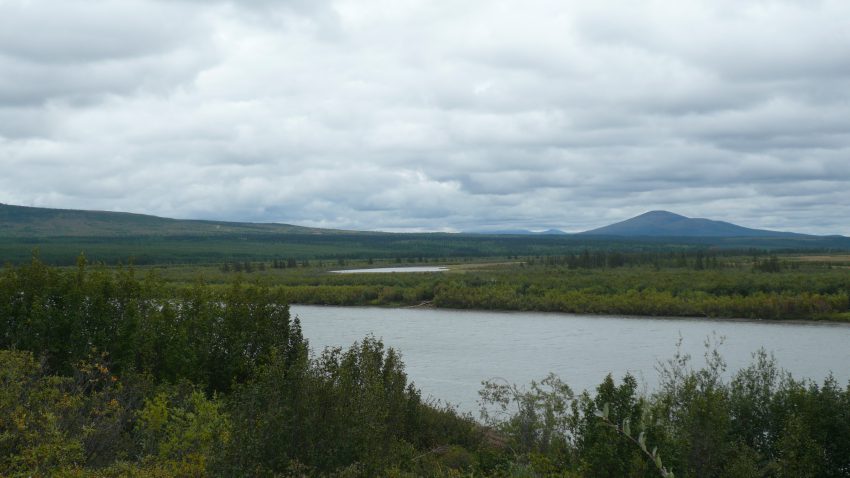 Arctic rivers may hold vital clues to the accelerated release of carbon stored in Arctic permafrost, shows a new study by researchers from ACES published in the Proceedings of the National Academy of Sciences of the USA.

“Rivers transport carbon from different sources in their catchments, including carbon mobilized from thawing permafrost or collapsing peat, as well as carbon from the soil surface,” says Birgit Wild, researcher at ACES and lead author of the study.

With the help of carbon-14 dating, the researchers studied the pattern of old carbon release from permafrost across northern Eurasia. Old carbon that has been preserved for thousands of years in deep permafrost or peat deposits contains less carbon-14 than modern carbon in the soil surface. The team calculated the flux of carbon from permafrost and peats into the large Siberian rivers Ob, Yenisey, Lena and Kolyma by combining information from a database of carbon-14 in different deposits with monitoring data of carbon-14 in those rivers during all seasons for over ten years.

“The dissolved organic carbon was likely released by gradual thaw of the seasonally frozen active layer and of surface permafrost. By contrast, the presence of particular organic carbon in those deposits reflects mostly the abrupt collapse of deeper deposits that formed thousands of years ago. Our statistical analysis suggests that an increase in permafrost thaw in the Arctic could strongly change the radiocarbon signature of particulate organic carbon by increasing abrupt collapse processes,” says Birgit Wild.

According to the researchers, the use of the radiocarbon signal of large rivers in the study of permafrost thaw and carbon release could be a novel approach to better understand those processes.

“The radiocarbon signal of especially particulate organic carbon in rivers may be a sensitive tool to monitor carbon release from thawing permafrost over the coming decades,” says Örjan Gustafsson, Professor at ACES and co-author of the paper.

Arctic permafrost stores almost twice as much carbon as atmospheric CO2 and more than 200 times as much as atmospheric methane. The large amounts of carbon currently stored in the Arctic permafrost may be released in the future as thawing progresses due to climate warming – and may then feed additional CO2 and methane into the atmosphere to accelerate climate warming. The climate-carbon feedback system is difficult to assess as a whole as permafrost thaws at different rates across the Arctic and data from remote areas are currently limited or lacking altogether.