Chemicals in house dust can interfere with thyroid hormone transport 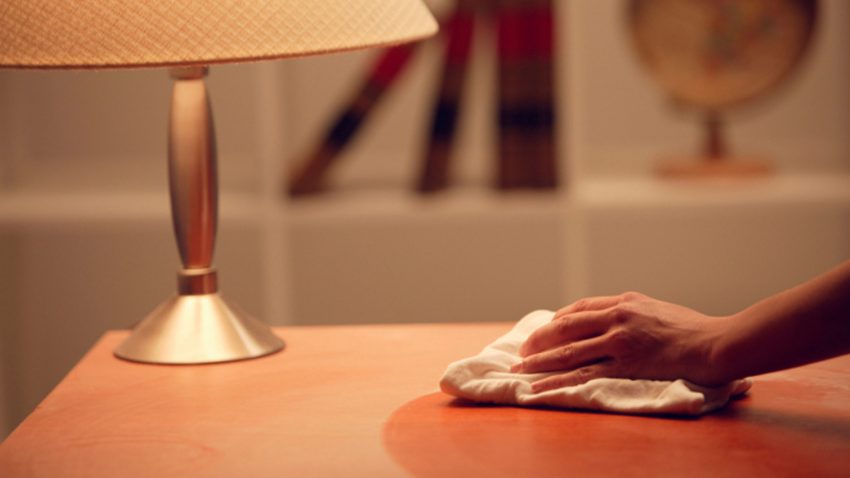 A new study by researchers at the Department of Environmental Science and their colleagues from  Vrije Universiteit, Amsterdam, and Brunel University, London, shows that chemicals in indoor dust can interfere with thyroid hormone transport. A disturbance in hormone levels can affect health throughout life, but is especially problematic for the development of young children. The new study was recently published in the scientific journal Environmental Health Perspectives.

Thyroid hormone is, among other things, important for normal growth and development of the brain during the early years of life. House dust contains many different chemicals that are released from products we keep at home. Some of these chemicals can bind to the protein that shuttles thyroid hormone around the body, and consequently, less hormone becomes available to act on its target tissues. In the new study, the researchers were interested in how the extent to which the binding of the thyroid hormone is disturbed by chemicals in house dust. Reduced thyroid hormone levels can affect health throughout life, especially that of young children as they develop.

“In this study, we have been able to show that 25 hormone-disrupting chemicals found in ordinary household dust could affect normal thyroid function at levels found in humans, both in adults and in children, says Jana Weiss, Researcher at the Department of Environmental Science, and co-author of the study.

Jana Weiss’s previous research on indoor cats showed that they too are exposed to thyroid-disrupting chemicals found in household dust. The MiSSE project (Mixture Effects of EDCs with emphasis on thyroidogenicity – using cats as a model for human indoor exposure) was completed in 2018. “The last thing we did there was to extrapolate our results to humans, particularly what it means for young children to get exposed to these chemicals through house dust,” says Jana Weiss.

Laboratory tests are designed to simulate what happens in the blood, so in order to get as close to a real situation as possible, other binding proteins commonly found in the blood were also included in the tests. The results showed that young children exposed to chemicals in house dust can have between 1.5 percent and up to 4.9 percent less thyroid hormone transported via the protein. For adults, thyroid hormone binding can be inhibited between 1.3 percent and 6.2 percent. The consequences of this exposure need to be further investigated, say the researchers.

More than one chemical at a time

In the study, researchers write that reduced levels of thyroid hormone in the blood may increase the risk of developing thyroid gland disorders, especially in people who already have relatively low levels of thyroid hormone naturally. It can be particularly worrying for pregnant women, as the fetus is completely dependent on maternal thyroid hormones during the first months of pregnancy, and a deficiency during pregnancy can lead to decreased cognitive functions in the baby after birth. “The results of our study show that we cannot continue to assess one chemical at a time. We all have a cocktail of hormone-disrupting chemicals in our blood and we need to be clear on what this means for future generations, ”says Jana Weiss.