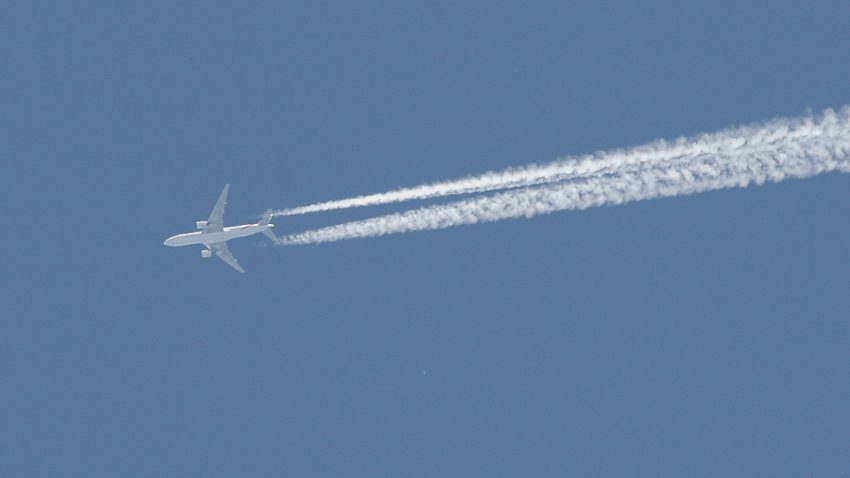 Clouds may have a net warming or cooling effect on climate, depending on their thickness and altitude. Artificially formed clouds called contrails form due to aircraft effluent. In a cloudless sky, contrails are thought to have minimal effect on climate. But what happens when the sky is already cloudy? In a new study published in the journal Nature Communications, scientists at ACES and colleagues from the UK show that contrails that are formed within existing high clouds increase the reflectivity of these clouds, i.e. their ability to reflect light. The researchers hope that their discovery offers important insights into the influence of aviation on climate.

“Normal contrails are the stripes you sometimes see behind high-flying aircraft. Lots of times these contrails disappear fairly quickly. Other times they stick around for a while, and even spread out, sometimes considerably. There has been a lot of work done to find out how these form, and what kind of climatic effect they have – which is estimated to be rather small. Figuring out what kind of effects airplanes have while flying through clouds that are already present in the atmosphere has been much more difficult,” says Kevin Noone, Professor at ACES.

“ Such effects only occur in certain latitude bands, so aircraft flying on polar routes in the Northern Hemisphere and close to the Equator are unlikely to produce these sorts of clouds. The most important areas are in the Northern and Southern mid-latitudes. Work is in progress to calculate the climatic effects of the changes we’ve observed,” says Kevin Noone.