A little calcium with your sea spray? 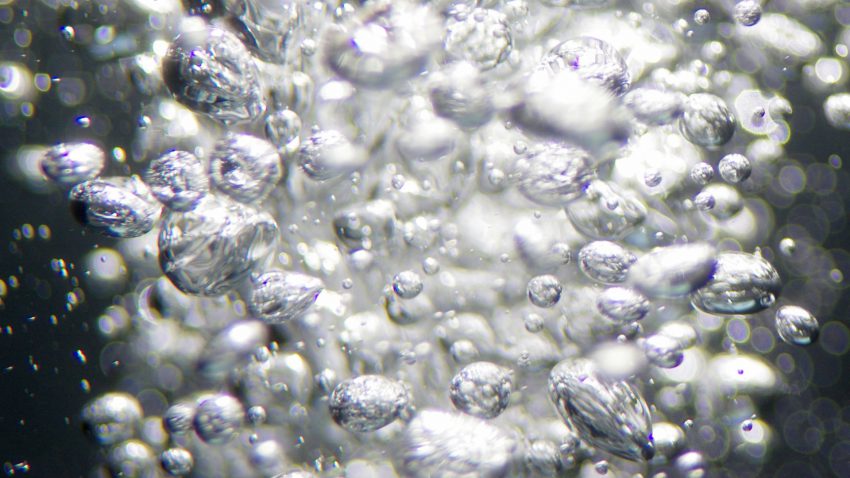 Seawater droplets that are formed when waves break at the ocean surface, often referred to as sea spray aerosol, could potentially be important for climate. Quite how important their effects are depends a lot on what the sea spray aerosol droplets are made of. This was the focus of a recent study by researchers at ACES published in Geophysical Research Letters.

“Aerosols, those minute particles suspended in the air we breathe, can alter both the amount of solar radiation reaching the Earth’s surface and perhaps the lifetime of clouds, which, in turn, can affect climate through their interaction with radiation. Given that the oceans cover more than 70% of the Earth’s surface, the aerosols that originate there are of particular interest.” says Matt Salter, post-doctoral researcher at ACES and co-author of the study.

When the wind stirs up the ocean surface it creates waves, which, when they break suck bubbles down. Since these bubbles are buoyant they rise back up to the water surface where they burst, ejecting hundreds of small droplets of seawater into the atmosphere.

To study the chemical make-up of sea spray aerosol, the researchers used a state-of-the-art sea spray simulation chamber filled with both natural North Atlantic seawater and artificial seawater. This technology enabled the team to simulate how wave-breaking and bursting bubbles generate sea spray aerosol. Using specialised instruments, they could then determine how the physical and chemical state of seawater affects the chemical make-up of the particles generated and how they can potentially affect climate.

“Although it is well known that sea spray aerosol droplets contain a complex mixture of sea salts and organic compounds, similar to that of seawater itself, we observed that the composition of the sea salt, or the inorganic fraction, was different to that of seawater, regardless of where the seawater came from. Interestingly, the inorganic fraction of the aerosol we measured became increasingly different from the composition of seawater as the particles got smaller. The smallest particles were significantly enriched in calcium,” says Paul Zieger, Researcher at ACES and co-author of the study.

While the reason for the observed enrichment in calcium in the smaller particles is not completely clear, the most likely explanation, according to the researchers, is that calcium ions are enriched at the water surface, either through interactions with organic compounds or with other inorganic ions such as carbonate.