A Blue Year for the Baltic 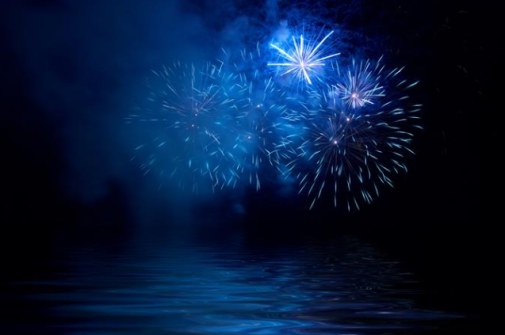 A Blue Year for the Baltic 2020 – was it only bad? The pandemic tended to overshadow everything else, but let us forget about the terrible corona virus for a minute and consider if 2020 brought any positive news for the Baltic Sea and what we can expect of 2021.

First, let us applaud the new European Commission’s Green Deal launched end of 2019 – a very welcome recognition of the importance of advancing our societies within the planetary boundaries. Within the framework of the Green Deal, the Commission then presented several key strategies for the Baltic Sea during 2020; Farm to Fork, Biodiversity and Chemicals. All of them holding many promising objectives and actions to be developed in 2021.

At regional level it was encouraging that HELCOM’s work with the new Baltic Sea Action Plan is well under way. Scientists have suggested alterations in how to define and calculate the contracting parties’ commitments for nutrients reduction, and suggestions for how to improve the work on hazardous substances have been taken on-board.

At national level, in this case Sweden, the Cross-Party Committee of Inquiry on Environmental Objectives (Miljömålsberedningen) since 2018 tasked with proposing a strategy for strengthened measures for the conservation and sustainable use of the sea and marine resources, finalised its assignment at the end of December and will present its final report in mid-January. An advantage is that what they will propose is already negotiated politically as the committee consists of MPs from all of the political parties in the Riksdag. So hopefully we will see a strong report with progressive actions for the Baltic Sea.

Not all was well in 2020 of course. It is clear that the goal of the Marine Strategy Framework Directive to achieve Good Environmental Status for marine areas by 2020 was not realised. This gives reason to reflect on the disparity between what is decided and what is actually done for the environment.

Even trying to look on the bright side, it is hard to count the development of the Common Agricultural Policy as a plus. The debates in the European Parliament and the Council of Ministers have been dominated by watering down the Commission proposal, for instance regarding the earmarking of money for the so-called eco-schemes, which can hold different environmental actions. Also, the Farm to Fork strategy has been the target for different political wills watering it down. Eleven Member States joined forces and asked for the abolishment of fixed targets for pesticide and fertiliser reductions.

The Commission finally adopted its long-delayed evaluation on the multiannual plan (MAP) for Baltic Sea fisheries. Unfortunately, there is little in the report to suggest that needed changes will be forthcoming. The fishing quotas adopted the next month gave an indication of the sorry state of Baltic fisheries, with continued major reductions for the important herring and cod fisheries.

There was no relief for the critically endangered European eel, with the anemic decisions from the past years simply rolled over again.

2021 is bound to be different and is the year where many of the Green Deal’s strategies are to be filled with actual content. There are a number of important EU processes in the pipeline, where decision-makers have every possibility to show commitment to the environment. The 8th Environmental Action Programme’s overarching vision, must be filled with actionable substance. The new CAP will hopefully be negotiated and done before June.

The Biodiversity Strategy will this year include proposals for a binding Nature Restoration Plan and an expansion of marine protected areas where 10% should have strict protection, although it is yet to be decided what that will actually entail.

For the Baltic Sea, the Chemicals Strategy and the Commission’s oversight of water legislation, including the likely revision of the Urban Wastewater Treatment Directive, will be important to ensure policy coherence and that they together are conducive to ensure an actual good chemical status of the sea.

This is an article from Stockholm University’s webmagazine: Baltic Eye