The reporter Karin Axelsdotter Olsson from the Swedish Television (SVT) came to visit Bernt Jones (SLU-KV) and Jessica Norrgran (SU-MMK) for an interview regarding the MiSSE project. The result was shown on the evening news on the 15th of October. Bernt visited a family with three children and their cat and explained the aim of the project, that is to to look at the exposure to hormone disrupting chemicals in our home environment and using cats as indicators. Bernt has been seeing an increased incidense of hypertyreos in cats in his job as a veterinary, which he think is due to the chemical exposure. Jessica was showing how the chemical analysis of the cat blood was performed at Stockholm University. Since Jessica already analysed several cat blood samples she could show chromatograms from the PCB and PBDE analysis. The reporter told that the project just started and that we will be able to have a better understanding after the five years which the project will last. 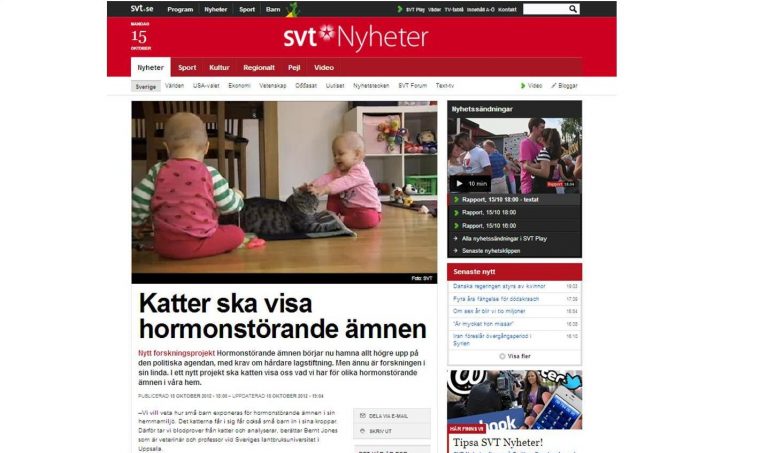