Well written article in The New York Times Magazine named “The Mystery of the Wasting House-Cats” by Emily Anthes, to which both Åke Bergman and Jana Weiss contributed. The article describes how Feline hyperthyroidism was first reported in the late 1970’s and the efforts since then to nail the cause to the disease, something that still is not fully understood. One possible explanation which has been investigated is the influence of the indoor related chemicals to which cats (and humans) are exposed to. This is something that also has been demonstrated in MiSSE with the two articles from Jessica Norrgran Engdahl. 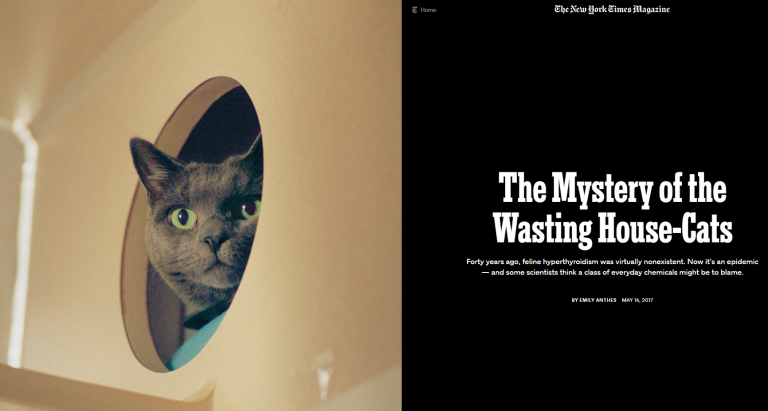