In the past, researchers focused on the effects of single stressors in isolation. However, recent publications show considerable progress in understanding how the combination of multiple stressors affects ecosystems.  Experiments addressing multiple stressor scenarios are challenging due to the complexity generated in various levels of biological organization, the temporal factor related to each stressor, and logistical limitations. Research in this area is essential to increase our capacity to predict how multiple stressors and climate change will affect ecosystems in the future. For example, rainfall, heatwave, drought are expected to increase in certain areas, which can escalate or modify the temporal pattern of local stressors. Join us on the discussion if you want to update yourself on the multiple stressors research. 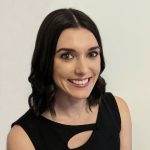 Dr. Marissa Kosnik is a postdoc with Professor Peter Fantke in the Quantitative Sustainability Assessment Division at the Technical University of Denmark under the SPRINT Horizon 2020 project. Dr. Kosnik’s research focuses on absolute environmental sustainability assessment of chemical pollution, including developing (1) methods to prioritize chemicals by potential for ecosystem damage, (2) regional ecosystem carrying capacities for chemical pollution, and (3) approaches to characterize differential population susceptibility to chemicals. Dr. Kosnik’s background is in computational toxicology and bioinformatics. She received a PhD in toxicology from North Carolina State University in 2019, and completed a postdoc in the Department of Environmental Science at Stockholm University with Oskar Karlsson in 2020. 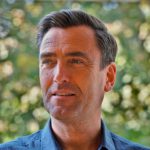 Dr. Carsten Brühl is a senior researcher at the Institute for Environmental Sciences, University Koblenz-Landau, leading the section on Community Ecology & Ecotoxicology. He is also an external expert on pesticide risk assessment for the Environmental Food and Safety Agency Europe (EFSA) and the Society of Environmental Toxicology and Chemistry (SETAC) and has served as a scientific advisor for the German government. Dr Brühl has an academic background in Biology and received his PhD in 2001 from the University of Würzburg (Germany), focussing on forest management impacts on ant biodiversity in tropical rain forests. His most recent research involves (1) multiple stressors in agricultural landscapes and the effects of pesticides on biodiversity and (2) biogeographic patterns and ecological aspects of ants in SE Asia and their use in conservation management. Dr Brühl has published 66 articles which have accumulated >3600 citations during his academic career. His most recent work focuses on the effects of pesticides and fungicides on the ecology and reproduction of common toads & frogs, the environmental impacts of biocidal mosquito control and the impacts of pesticides on the biodiversity of agricultural landscapes. 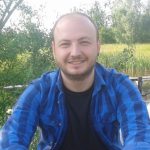 Dr. Andreu Rico is a researcher at the Cavanilles Institute of Biodiversity and Evolutionary Biology, University of Valencia, and leads the Ecotoxicology group of the IMDEA Water Institute (both in Spain). His research focuses on (1) the environmental fate and risks of emerging contaminants (including microplastics), (2) the resilience of aquatic populations and communities to chemical stress, and (3) the interactive effects of global climate change (e.g., water scarcity, temperature increase, salinization) and chemical pollution on freshwater ecosystems. Recently, he has been involved in several field sampling campaigns to assess the impacts of chemical pollution in the Amazon River and in Mediterranean coastal wetlands. Dr. Rico received his Ph.D. in 2014 from Wageningen University (the Netherlands) and since then he has participated in more than 15 national and international research projects. He has published 70 scientific articles and has won several awards for his research, including the Society of Environmental Toxicology and Chemistry (SETAC) award for best paper (2015) and a Young Investigator Award from the Journal Toxics (2020).