This year, the Department of Environmental Science turns 30. To mark this important milestone, we would like to pay tribute to Rachel Carson, a remarkable woman, whose work, 60 years ago, was a catalyst for making the environment a vital part of the public discourse. Our story is forever intertwined with her legacy.

By the 1960’s, the pesticide dichloro-diphenyl-trichloroethane, commonly known as DDT, was everywhere! Discovered during World War II, DDT earned its household name by saving lives from insect-borne diseases while being inexpensive and easy to produce. Before long, DDT and other pesticides were used in popular consumer products, while clouds of them were sprayed in fields, gardens, schools and parks across the US with a multitude of unintended consequences for the environment, wildlife, and human health.

To address the dangerous effects of pesticides and to challenge the public’s reliance on these harmful chemicals, American marine biologist Rachel Carson wrote Silent Spring, arguably one of the most influential books of the modern environmental movement. Published on September 27th 1962, the book ignited a global uproar that catapulted the environment into the public consciousness and government policy, and whose impact reverberates to this day.

Who was Rachel Carson and why did Silent Spring galvanize the public into action? What lessons can be drawn from Silent Spring that could help us achieve a more sustainable future? 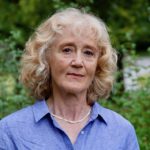 Gun Rudquist is the Head of Policy at the Baltic Sea Centre, Stockholm University. Her background is in agriculture and she holds degrees from the Swedish University of Agricultural Sciences and Cornell University in the United States. Her main professional interest has been the interface between science and advocacy. She has worked at the Swedish Society for Nature Conservation (SSNC) as the Head of the Department of Sea, Agriculture and Law. 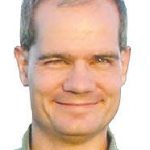 Dr. Mark Madison has been the US Fish and Wildlife Service Historian for 23 years. In that role he manages the USFWS Museum/Archives which holds half a million items including Rachel Carson’s personal library and records from her 16 years working for the agency. Mark has taught history of science and environmental history at the University of Melbourne and Harvard University and spent 3 years doing tropical reforestation in the Philippines. 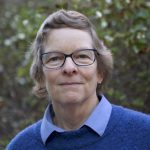 Dr. Cynthia de Wit is a professor of environmental science at the Department of Environmental Science, Stockholm University. From 1988-1992, she led a national study of polychlorinated dioxins and related chemicals in the Swedish environment within the research laboratories at the Swedish Environmental Protection Agency. Over the past 20 years her research has focussed on the analysis of legacy and emerging flame retardants (brominated, chlorinated, organophosphate-based) in indoor and outdoor environments. This has included human exposure assessments for both adults and children as well as studies of levels and trends in terrestrial and Baltic Sea food webs.

Currently her research is focused on the mass balance of organohalogen compounds in a sewage treatment plant using a combination of targeted and non-targeted approaches. She is a co-lead of the Persistent Organic Pollutants Expert Group of the Arctic Monitoring and Assessment Programme (AMAP) since 1994. In that role, she has helped lead five international assessment reports on persistent organic pollutants, including contaminants of emerging concern, in the Arctic. 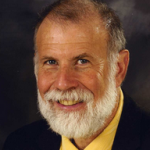 Dr. Mitchell Thomashow is a writer, educator and environmentalist. He devotes his life and works to promoting ecological awareness, sustainable living, creative learning, improvisational thinking, social networking, and organizational excellence. Thomashow worked as the chair of the Environmental Studies program at Antioch University, as the president of Unity College in Maine, as the Director of the Presidential Fellow Program at Second Nature, and Sustainability Catalyst Fellow at Philanthropy Northwest. Mitchell has written several books such as “Ecological Identity”, “Bringing the Biosphere Home”, “The Noise Elements of a Sustainable Campus” and the recent publication “To Know the World.” Since 2018, Mitchell has worked independently on his writing, teaching and advising projects. 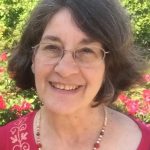 Patricia M. DeMarco is a native of Pittsburgh, PA. with a doctorate in Biology from the University of Pittsburgh. She has spent a fifty -year career in energy and environmental policy in both private and public sector positions. She served as Executive Director of the Rachel Carson Homestead Association (2006-2011) and as Director of the Rachel Carson Institute at Chatham University where she holds an appointment as Senior Scholar and Adjunct Faculty (2011-present). She holds the position of Vice President of the Forest Hills Borough Council and sits on the Board of Trustees for Phipps Conservatory and Botanical Gardens, and for The Allegheny Land Trust.